For us gear heads, few things in life are more exciting than the idea of stumbling upon our very own muscle car barn find. It doesn’t matter if you are a Ford, Chevy, or Mopar guy, we all dream about finding that classic car, forgotten by time and covered with dust, and the thought of what we would do to it if were were able to seal the deal and bring it back home. The reality is that these opportunities are quickly disappearing, so if any of the real die-hards or car nuts do happen to find a barn find classic car, chances are they wont let it slip out of their hands.

For the fans of the full size Chevy’s, the Impala holds a special place in their hearts. The unique three taillight design combined with long swooping lines make almost every early 60’s Impala distinctly coveted. Of the early 60’s Impalas, one of the most popular would (arguably) be the 1962, which is a tasteful blend of a a modernized ’61, with classic lines often favored among the pre ’64 X-Frame versions.

Sure it need a lot of things and some of the panels aren’t original, but that’s part of the fun.

After running the numbers, I found out that this car was a Los Angeles built car, originally Nissau Blue exterior with a blue interior, and fitted with an ivory convertible top. Without an engine and transmission present, its difficult to identify exactly what engine and tranny combo was originally fitted, but a little research showed that the 3/8 fuel line (likely not changed) and dual exhaust, and absence of  a ballast resistor on the cowl pointed to the car being equipped with a 327, possibly the 300hp version, and due to process of elimination, not a 283, or the rare and cool 409 425hp (darn).

One of the things that makes this car really cool is that fact that an Ivory top (RPO 470B) “wasn’t available” on a Nissau blue car. Only white, blue and black tops were available with convertibles. That means, there’s a good chance this car was a special order, as the cowl tag shows the ivory top, and there is a decaying ivory top on the car. Not only is this really rare, but it’s actually a really great looking combo!

The car was also equipped with power brakes and power steering, nice touches for a ’62.

So what are my plans after getting it home? I’ll get it cleaned up, then… I’m not sure. Probably build it into a 1962 Impala SS convertible dream car! Stay tuned! 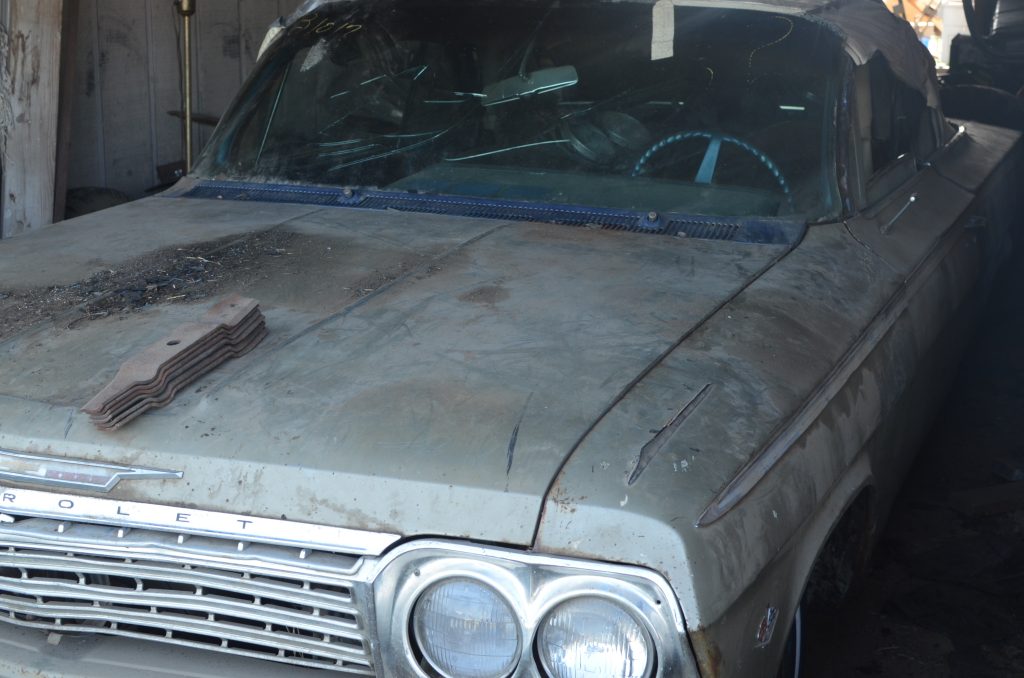 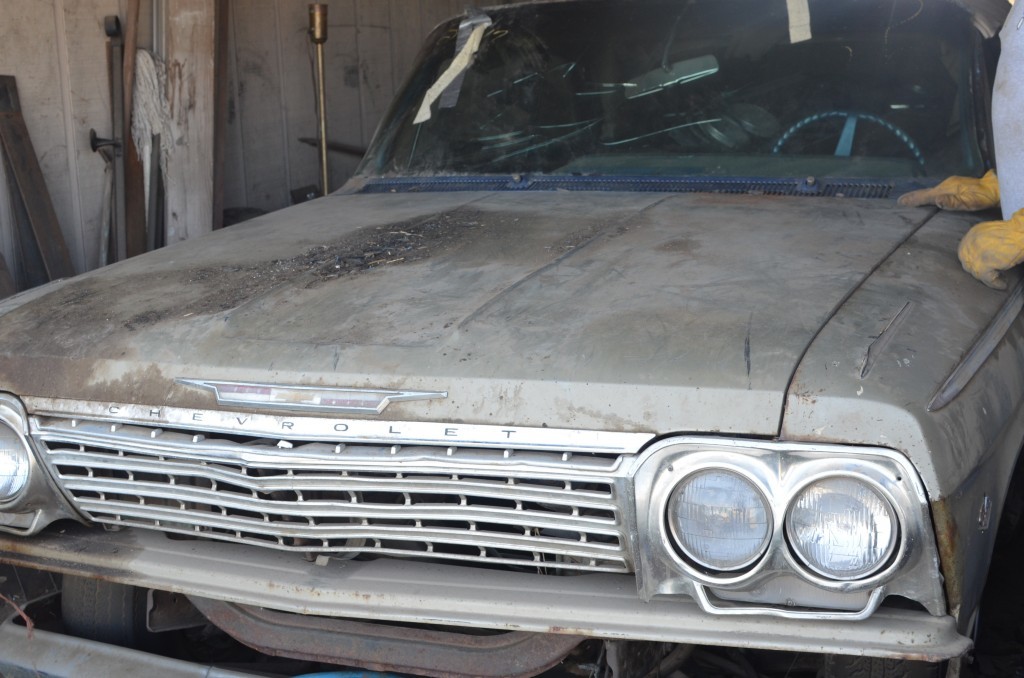 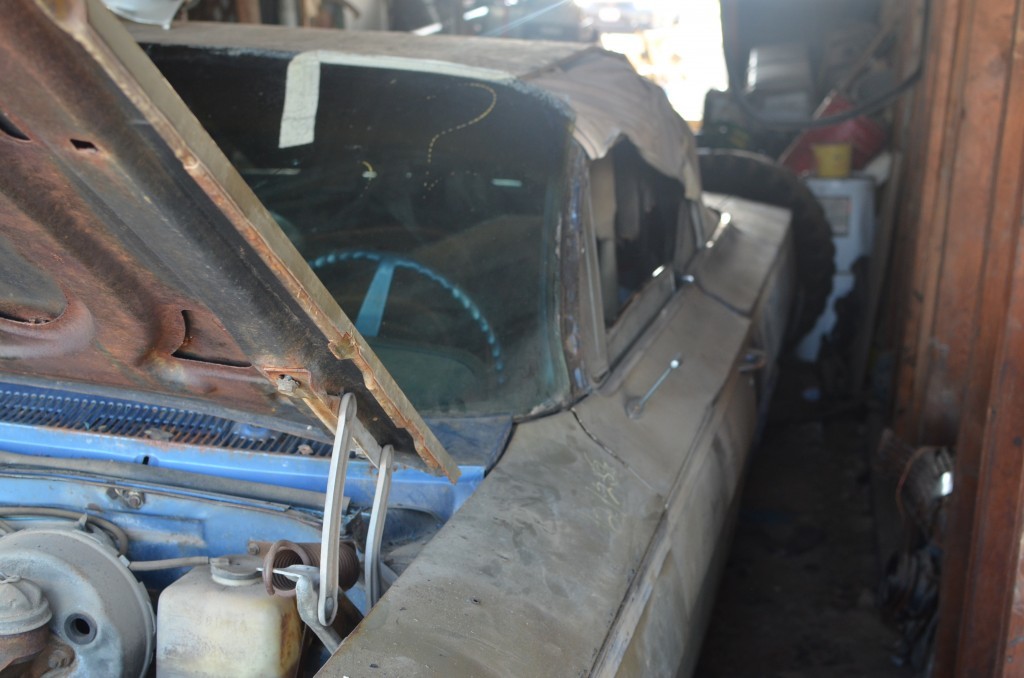 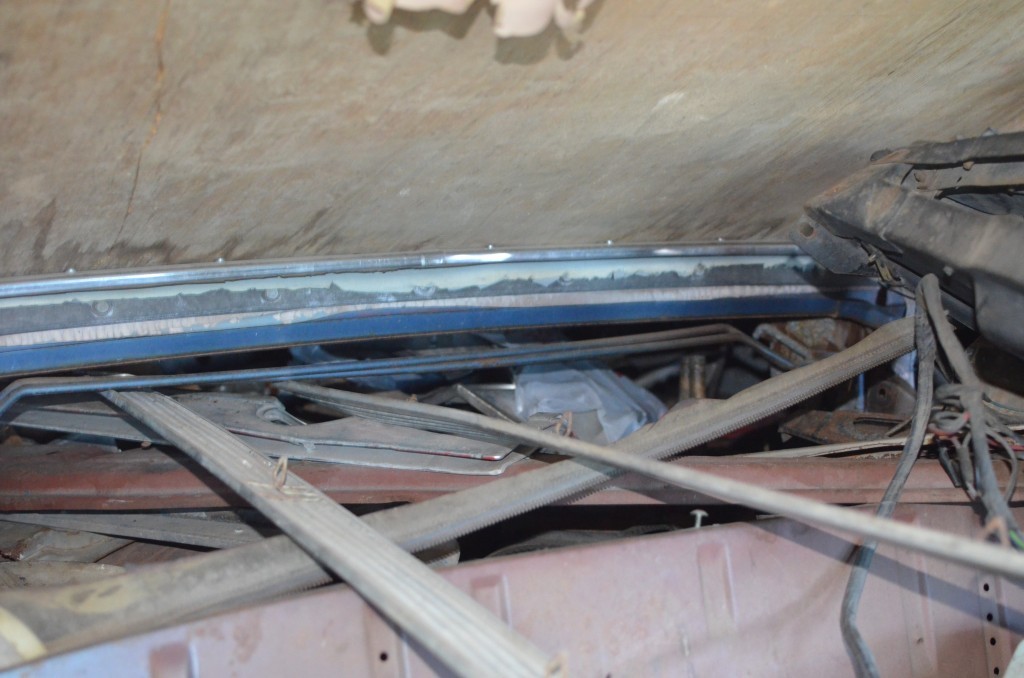 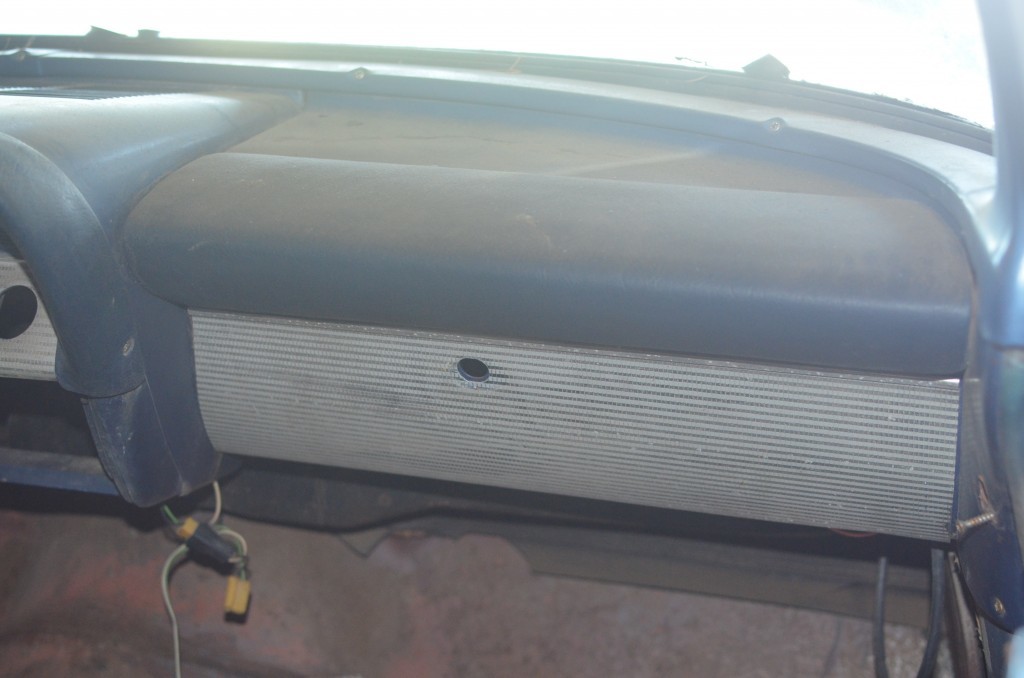 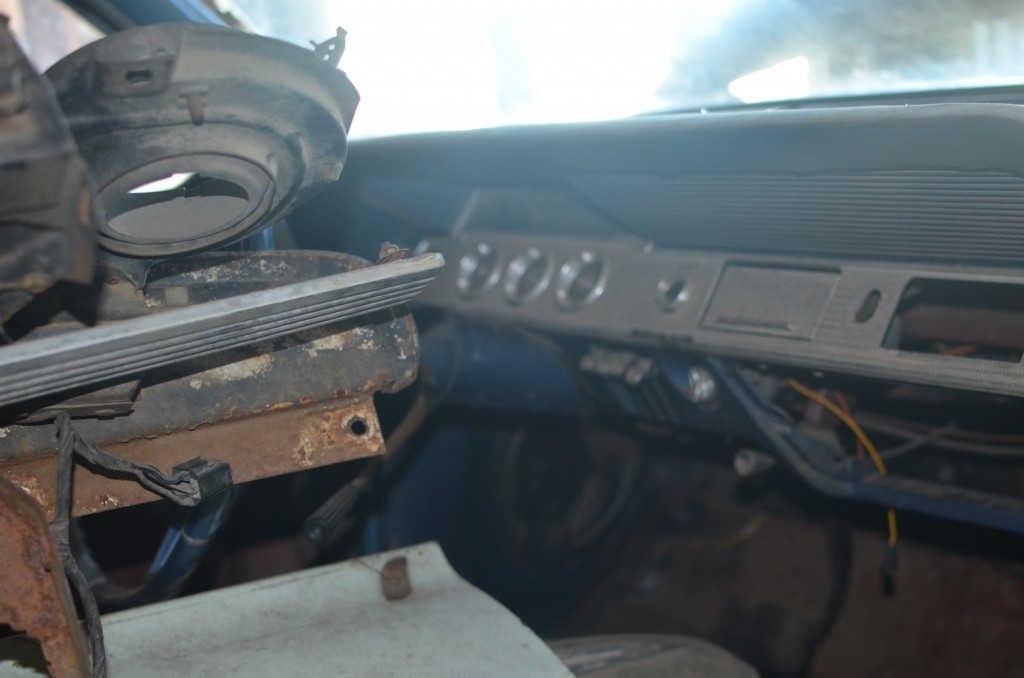 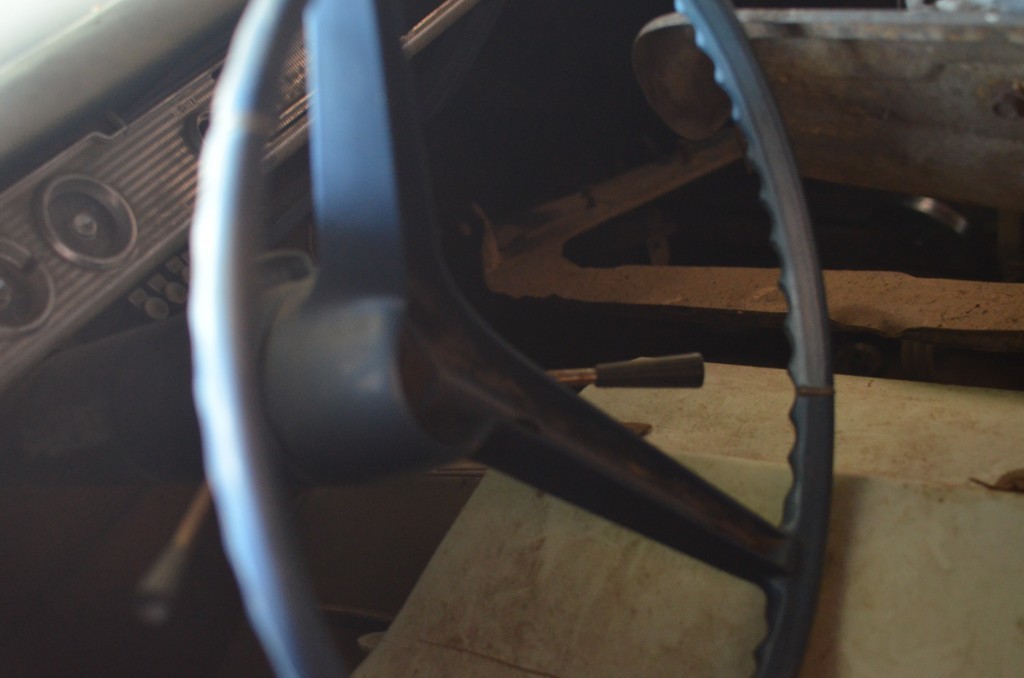 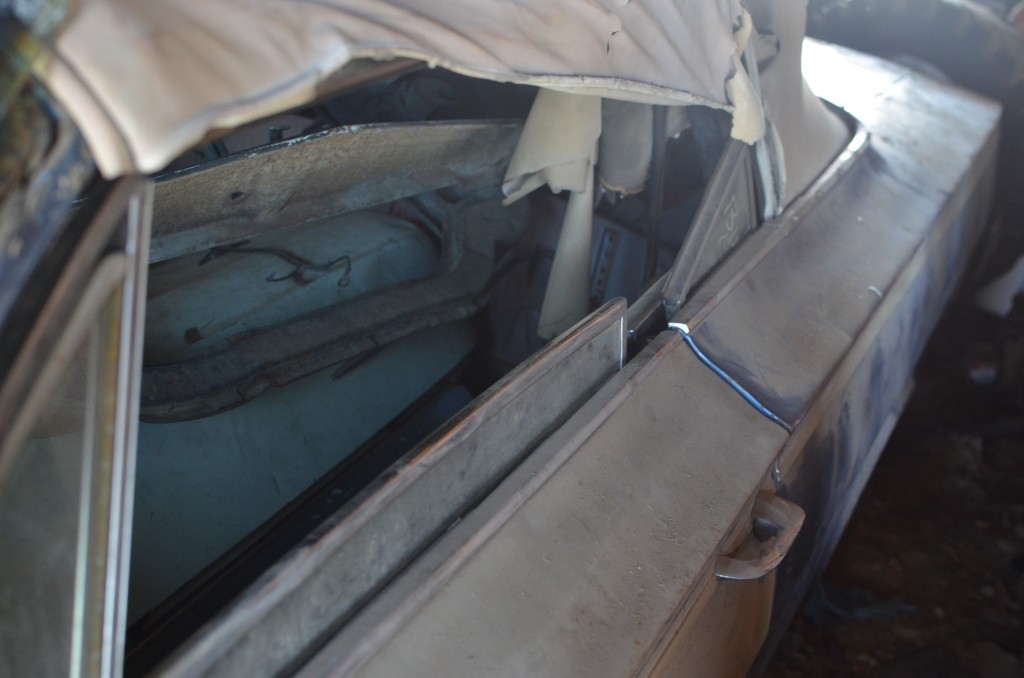 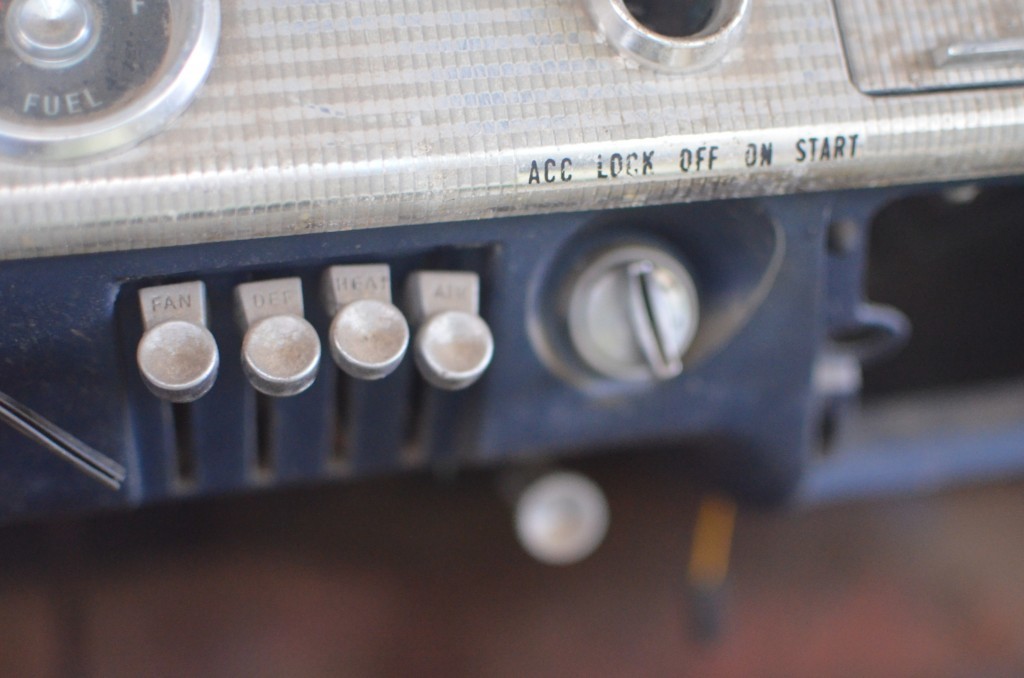 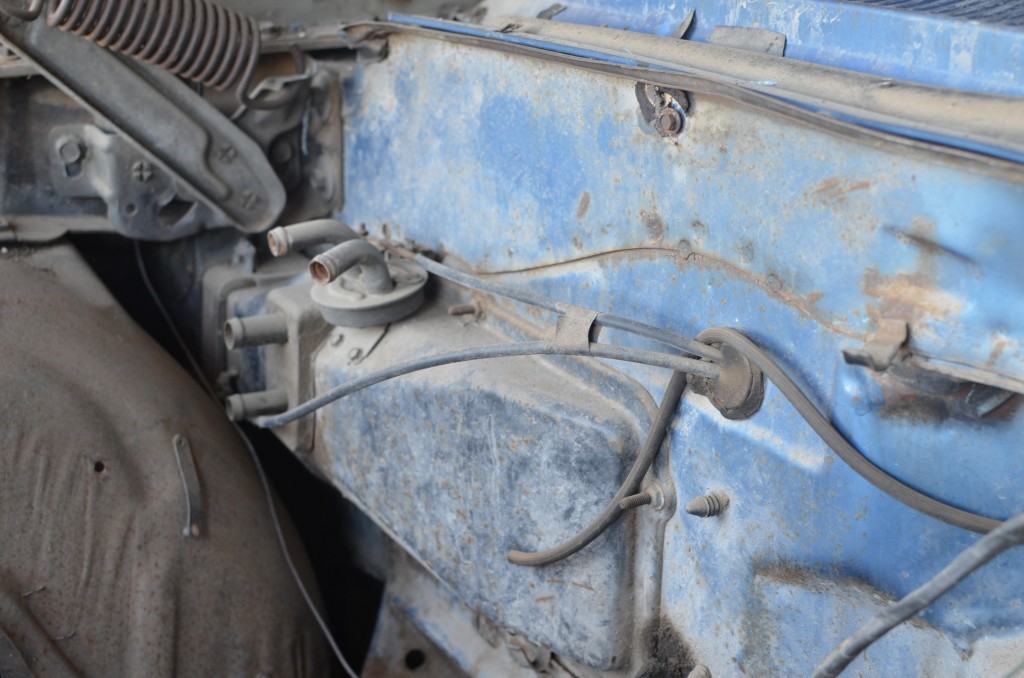 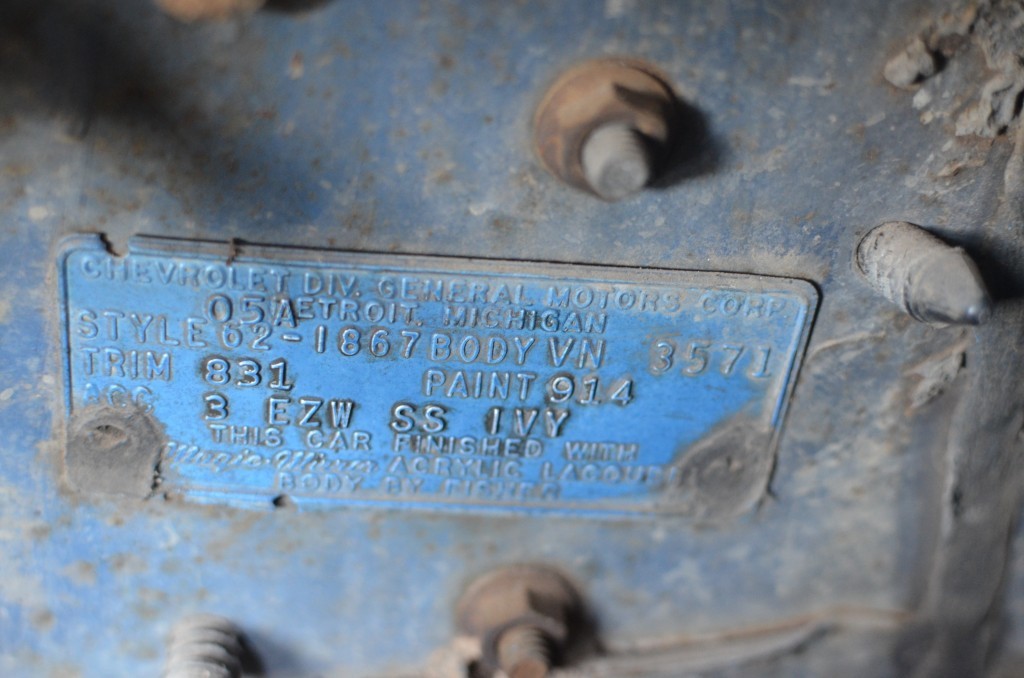 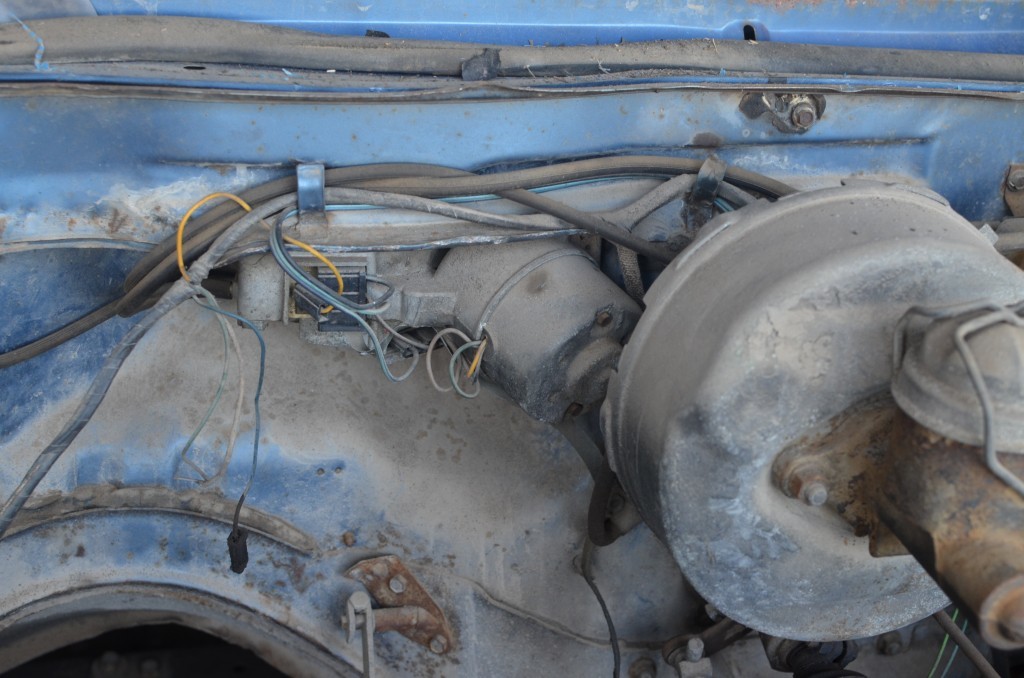 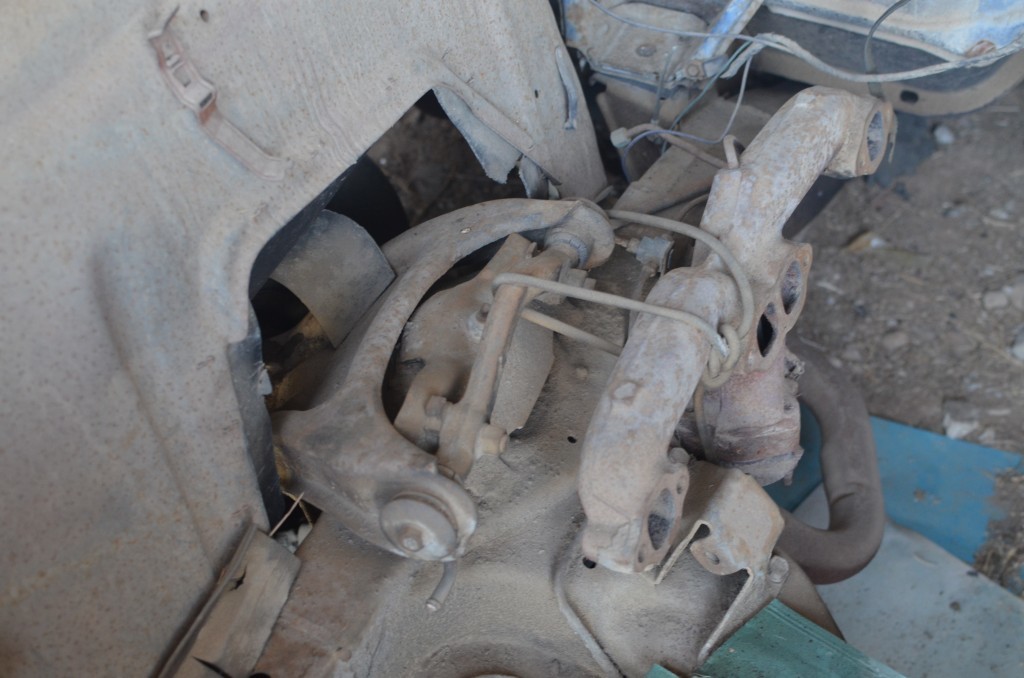 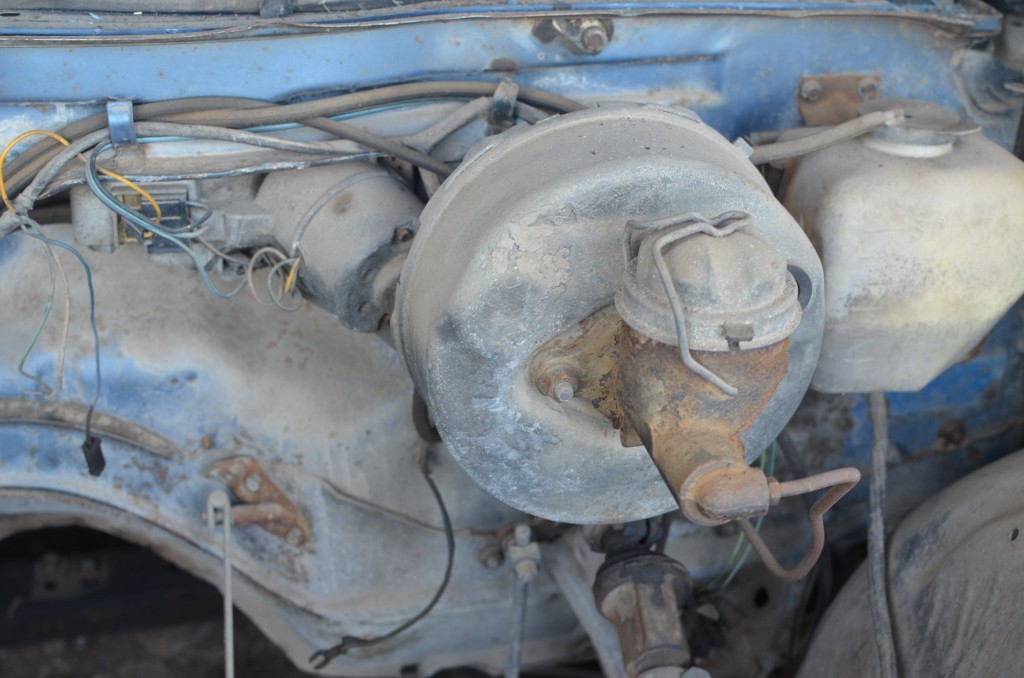 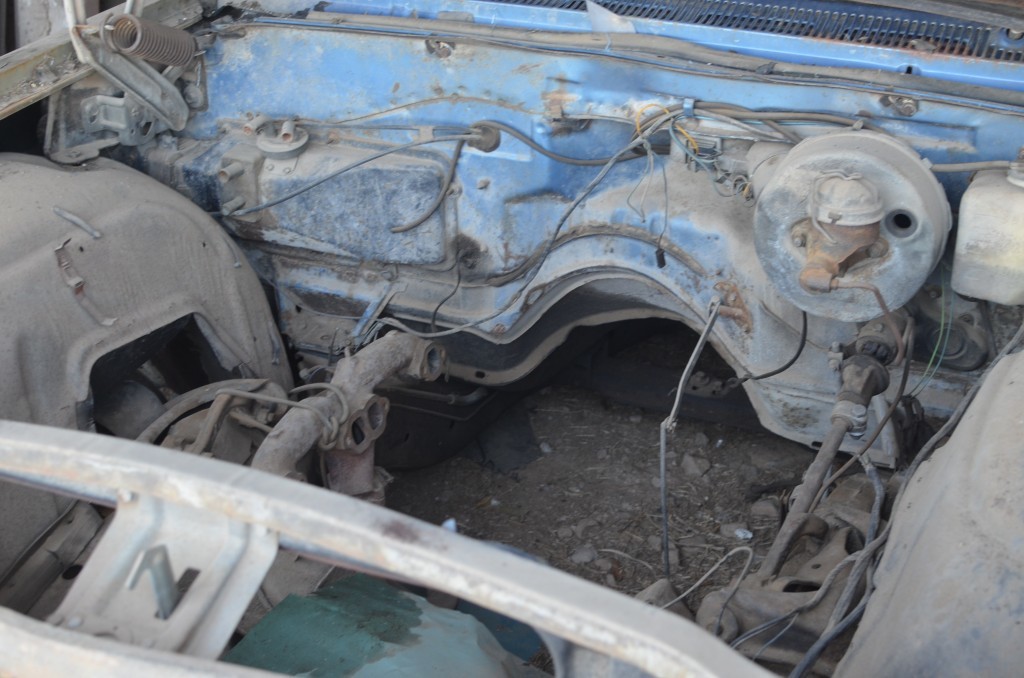 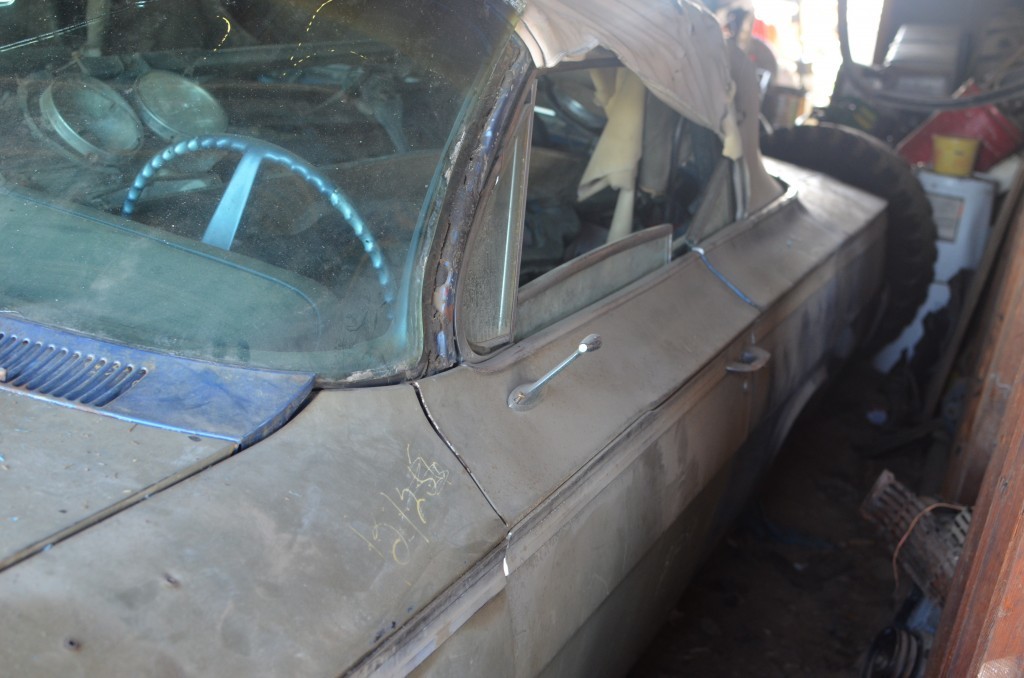 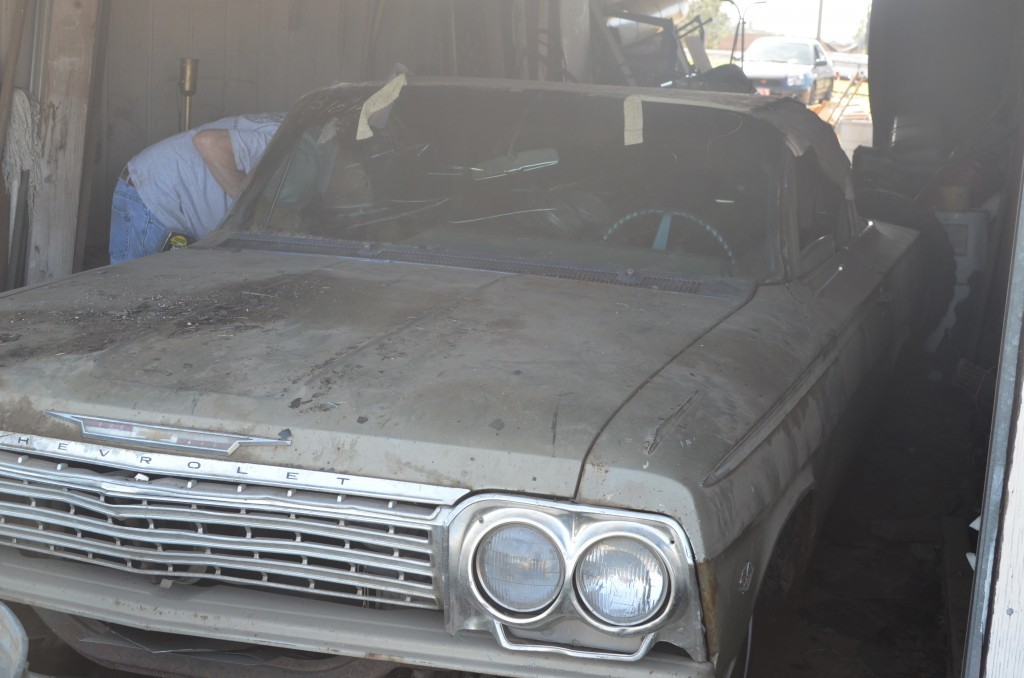 So what’s this car going to look like when I’m finished? Probably, really similar to the day it rolled off the assembly line. Same color. Same top. A lot like this. (This one has a white top and mine will have the correct ivory top). 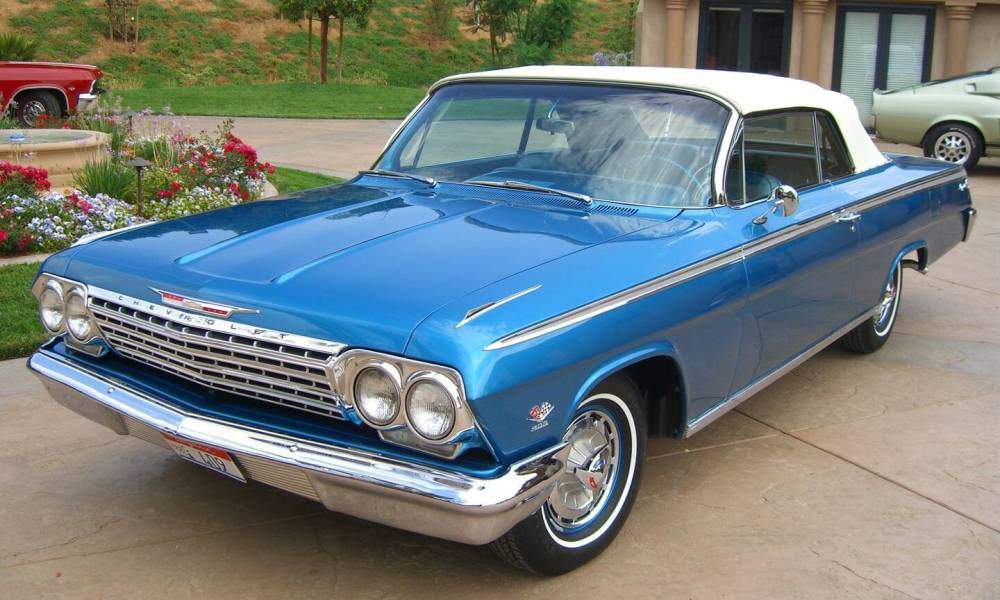