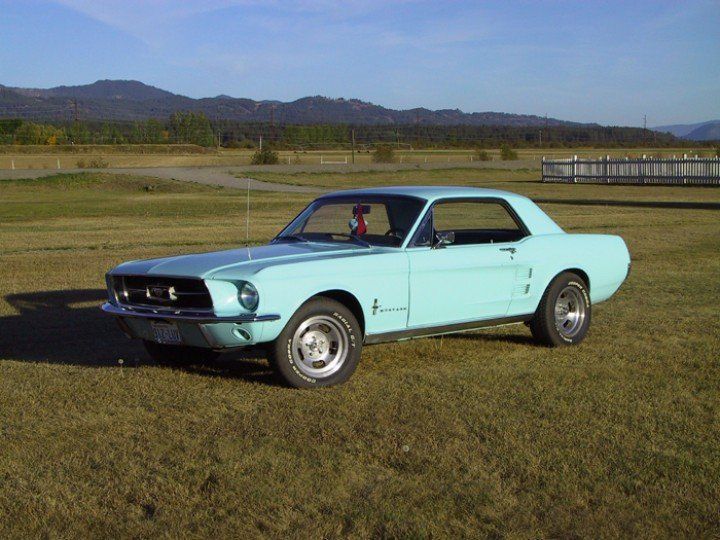 Ever since I can remember, I have been a huge fan of classic cars; particularly classic Mustangs. When I was a teenager I saved up enough money and I began looking to purchase my first car. I knew what I wanted. A 1967 Mustang; either a coupe or a fastback. I looked at a few before my dad came across this picture in the Wheel Deals magazine in November 2000. I was 17 years old.

It didn’t look like much, but my dad showed me the picture and said he would stop by and take a look. I remember talking to him right after high school basketball practice, and he told me the car was in VERY good shape, and was a great deal. I told him if he thought it was good, go ahead and get it (with my cash). He did! It cost me $2400.

I remember being so excited for the next few days, although I could barely contain myself because I wouldn’t have the opportunity to go out and see it until the next weekend when we were to pick it up. As I pulled up to the car for the first time, I was overwhelmed with joy! It was so much better than the picture showed! The color on the 67 mustang was a very light blue, called frost turquoise (I would later find that this color was only offered in 1967).

The story on the car is this: It had been sitting in a garage since 1984 - started only a few times since then. The guy who we bought it from had stored it after his mother died. It had been hers - she was a grandma! She bought the car from the original owner - a lady from the Seattle area. The car had 73K original miles on the matching numbers engine with everything original; even down to the FoMoCo black wiper fluid bag! 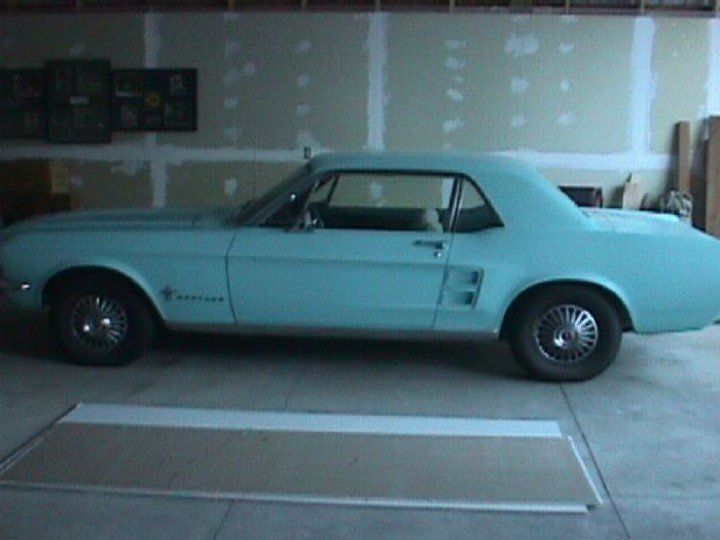 The Mustang had the original 289 V8 4.6 Liter with the 2 barrel carb. It was pretty much stock except for duel glass packs were put on the factory duel exhaust. The rumble from those packs really sounds great!

Before I got the car back on the road in the spring time, I changed out the wheels, opting for classic slotted mag wheels, along with some very minor repairs. Here is what the car looked like for several years:

Since this picture in 2002, I put on a new set of wheels and tires, along with a complete rebuild of the engine, front spension, and brakes. Here is what it looks like today. 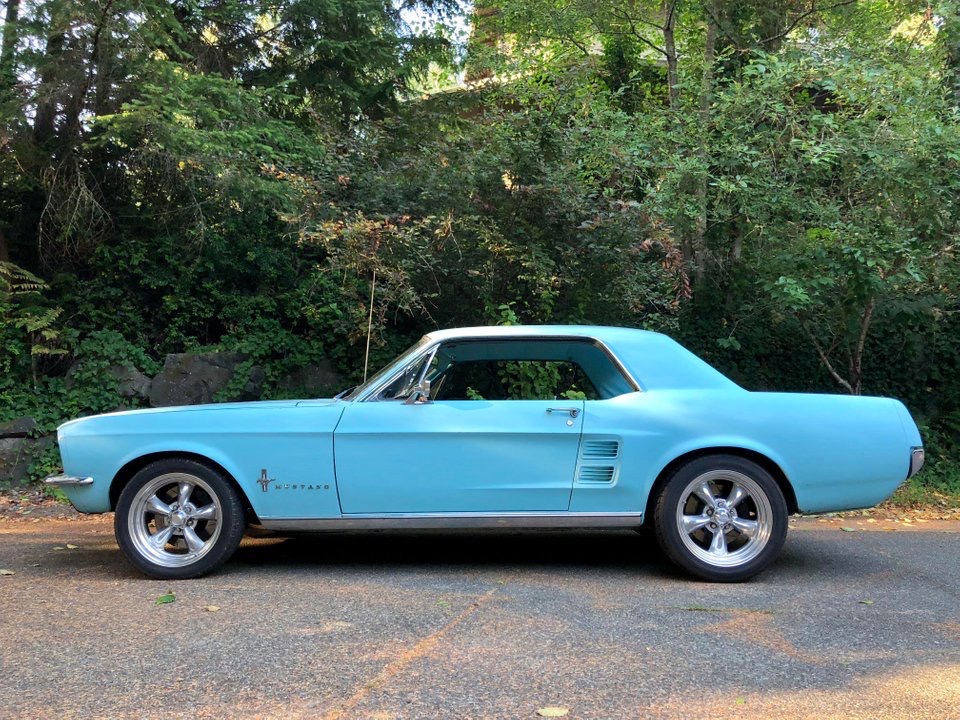 This car has been such a fun project for me! Working on it was almost as much fun as driving it all summer long. 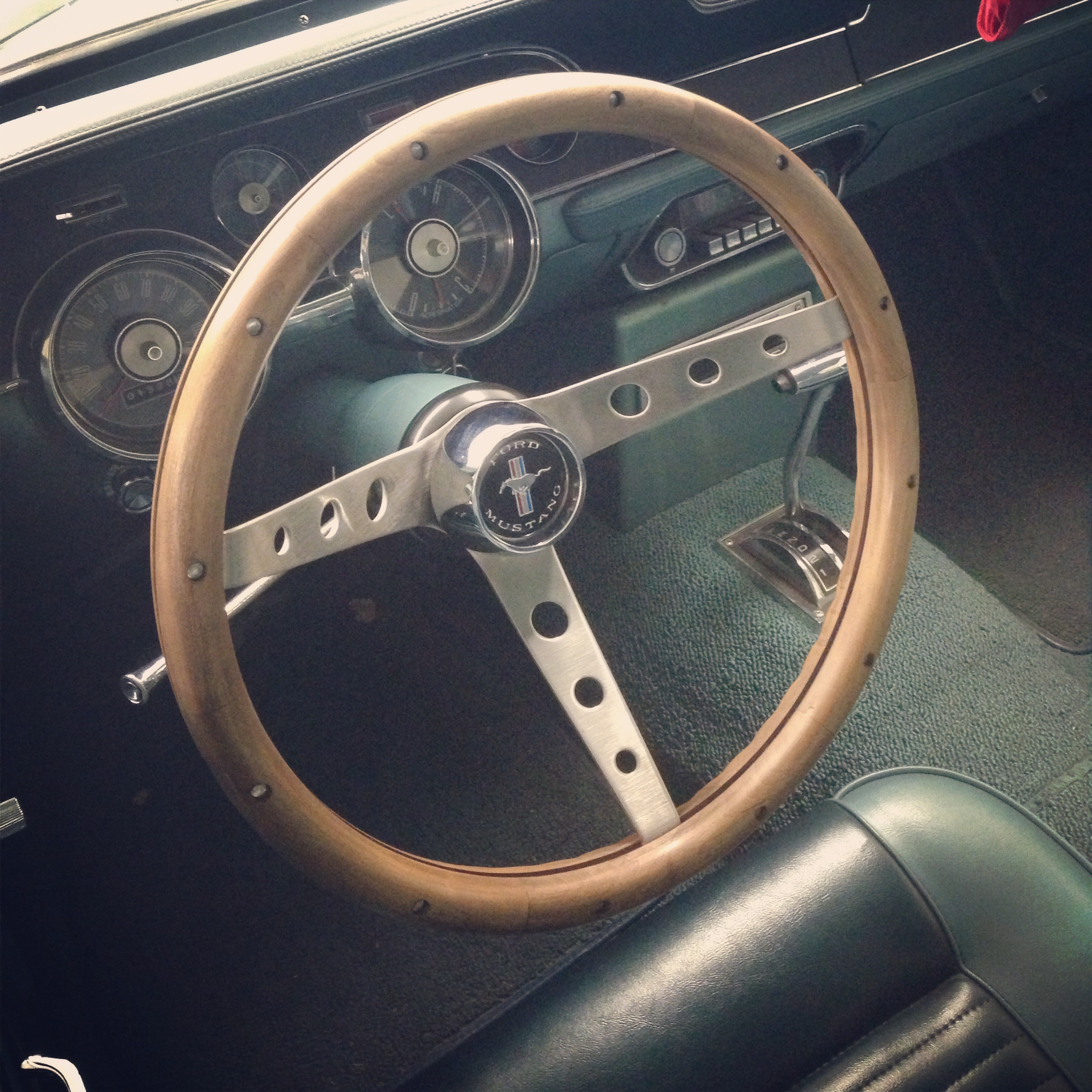 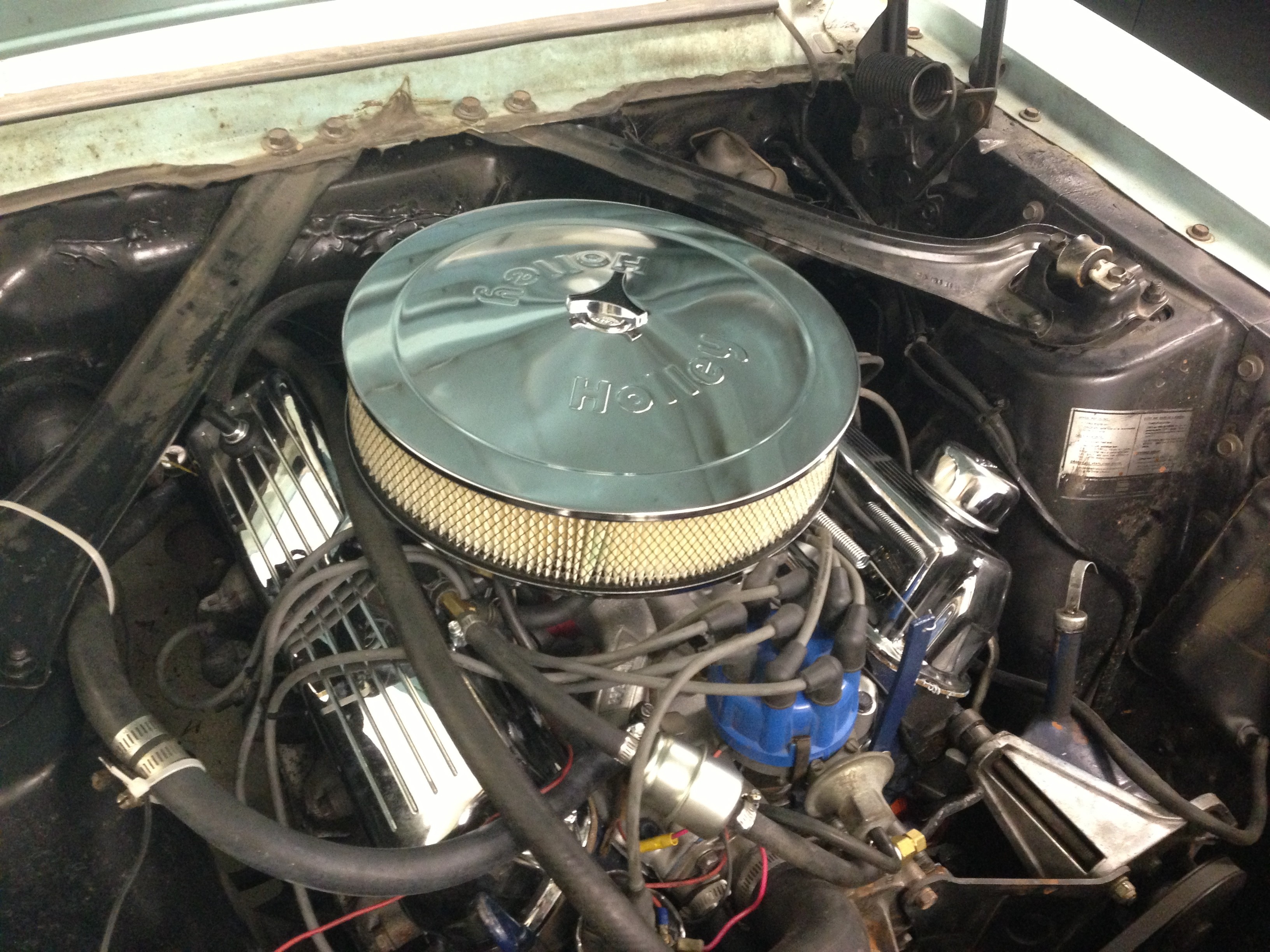 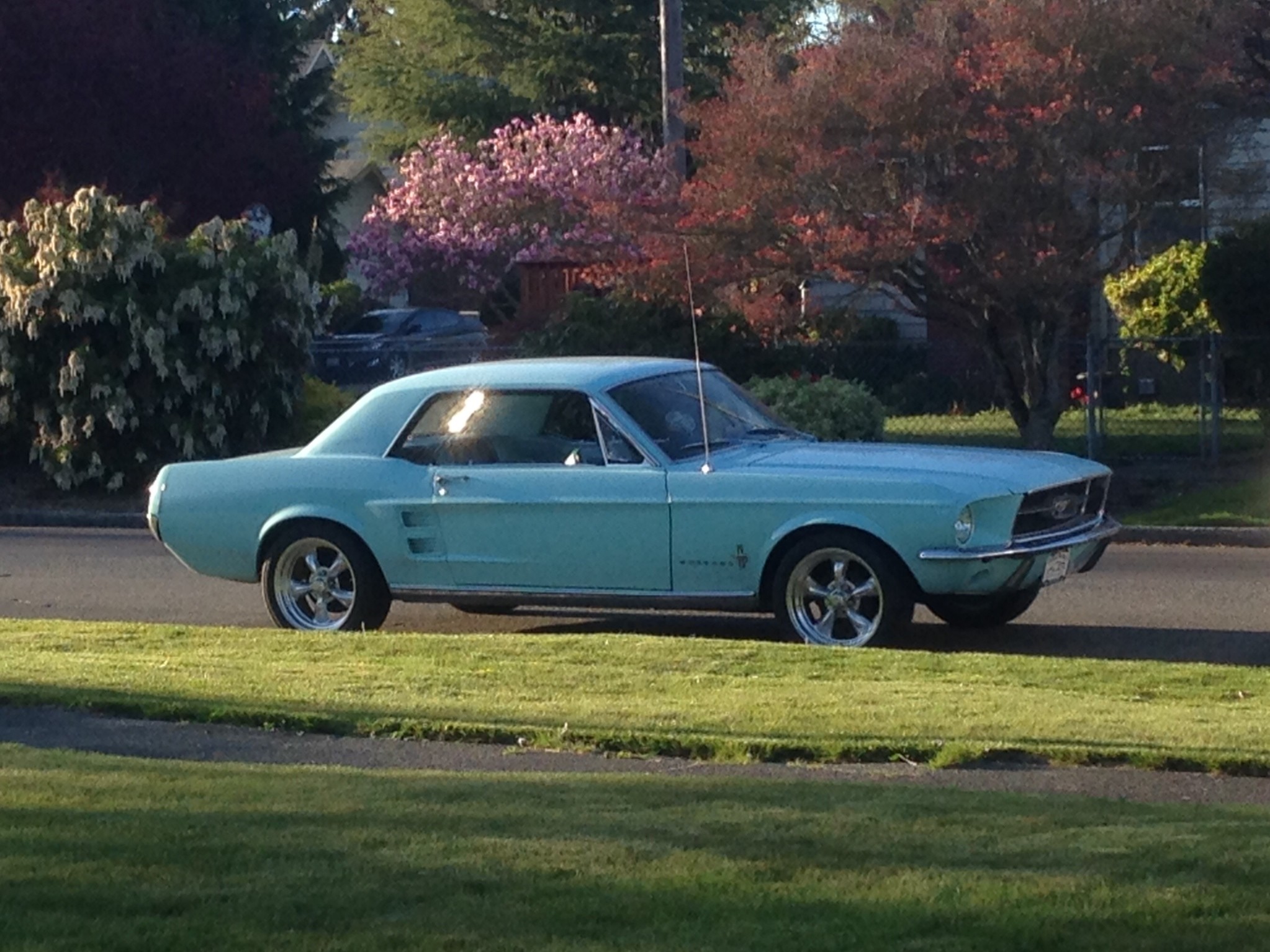 It used to be my dream car. Now it's my car. 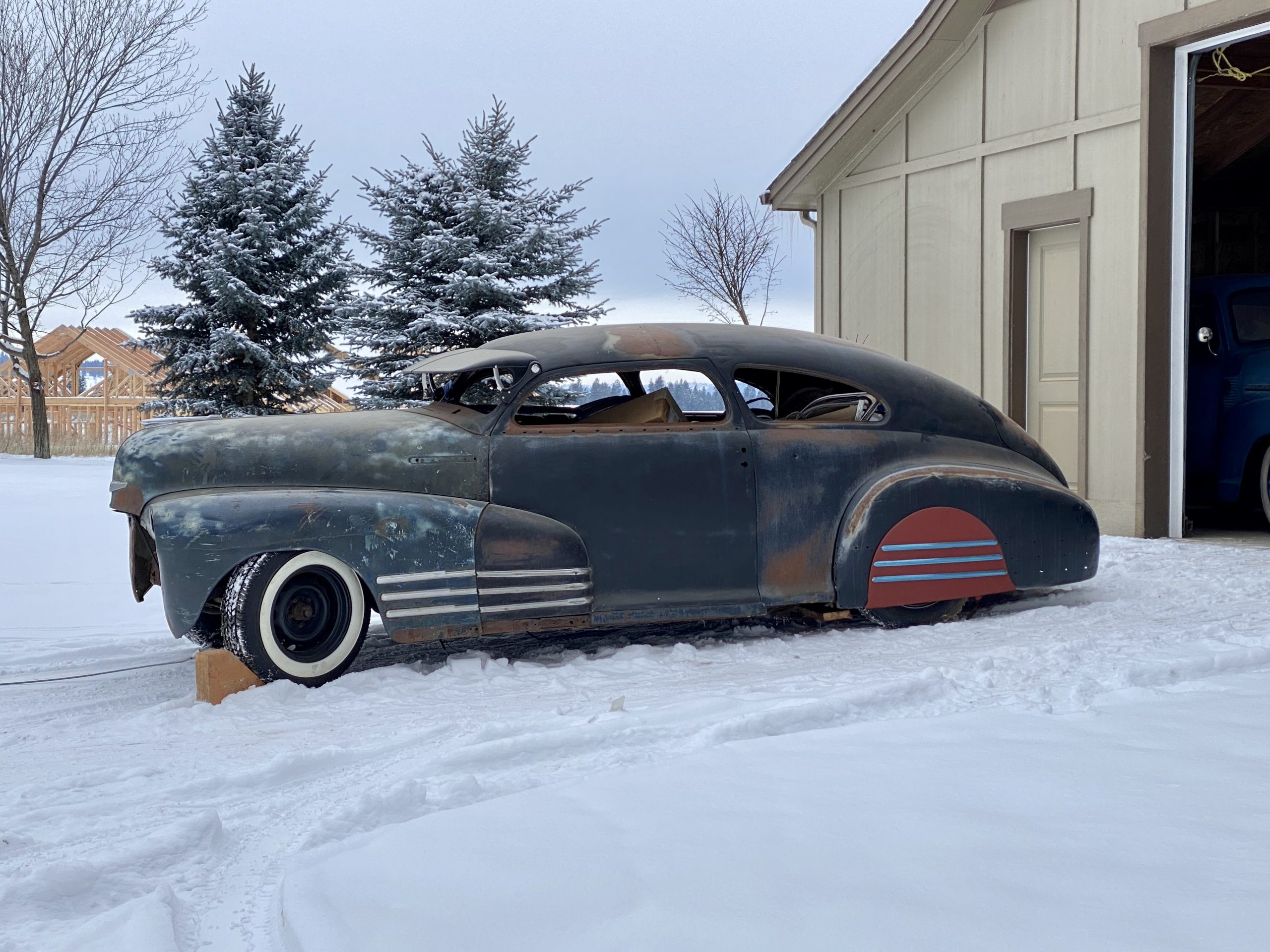 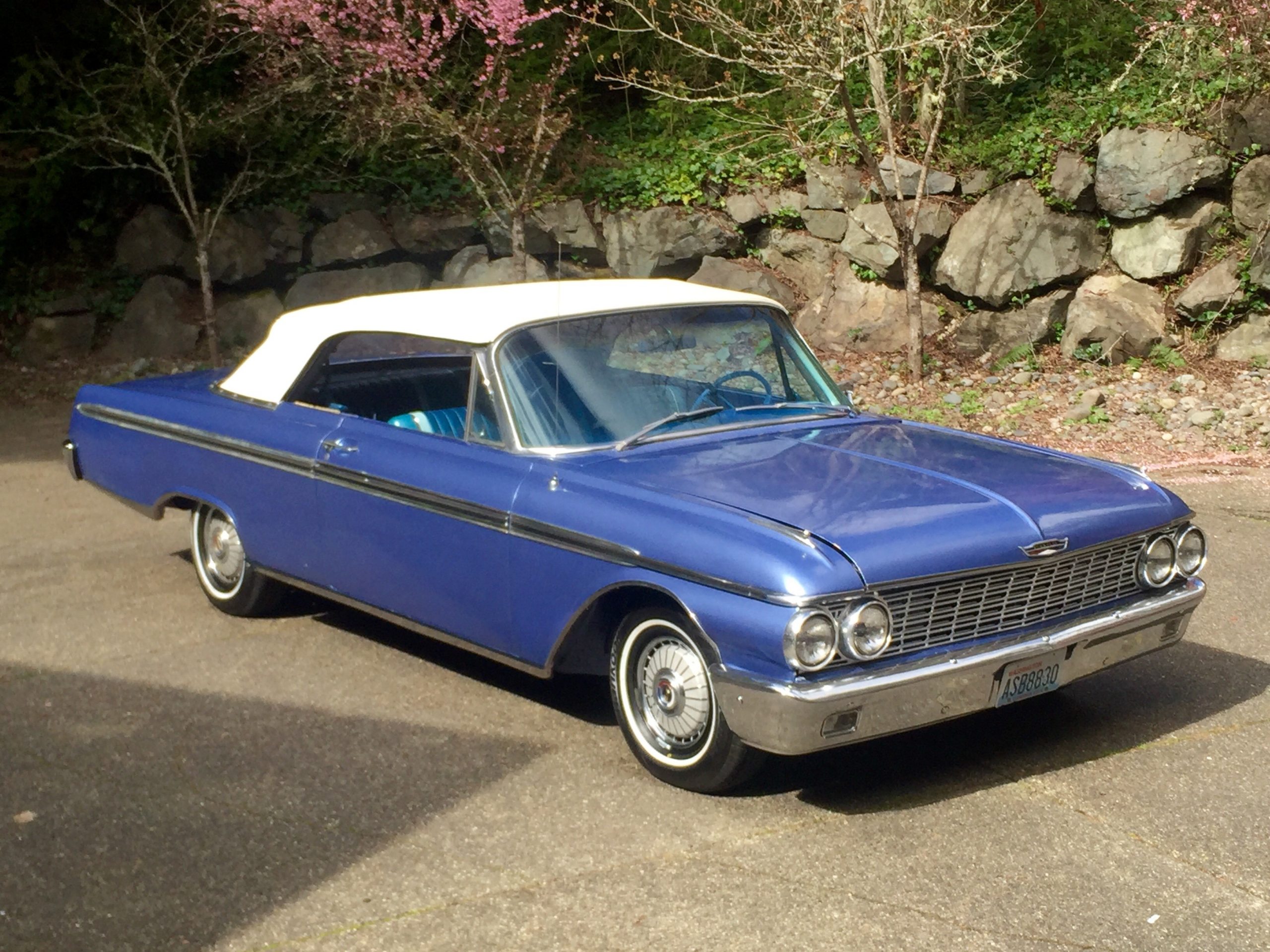