I was working at Ford Motor Engineering in Dearborn Michigan; I was employed as a Test Technician in the Road Test Data Acquisition Group. As was accepted among salaried employees it was a ‘perk’ to leave work and head over to the salary employee resale lot to look for a car to purchase. I was currently driving my 1968 Thunderbird, 429, dark metallic blue, no vinyl top which I had purchased at the ‘resale lot’. The cars on the resale lot generally consisted of emission test vehicles, department ‘pool cars’ and any vehicles that were deemed re-sellable. On September 11th, 1969, Simon ‘Bunky’ Knudsen, the President of Ford Motor Company was fired by Henry ‘The Deuce’ Ford!

The next day, September 12th, my buddy, Bill Russo, who worked in the same engineering building, came down and asked if I wanted to go the ‘resale lot’ with him. He was recently married and his wife, Bonnie, was expecting and he needed a ‘family car’, preferably a Pinto wagon (yikes!). 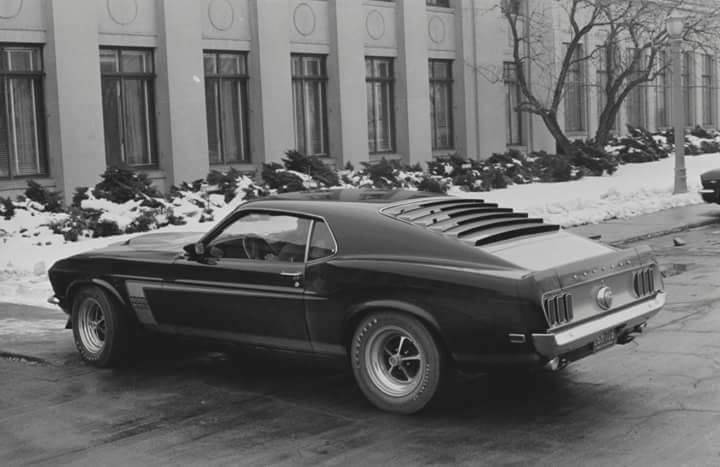 Of course I went, any excuse to ‘screw off’ a little, I was 22 years old. So we get to the resale lot on Rotunda Dr. (anyone remember the Ford Rotunda? Look it up), we get there about 15 minutes before they opened the gates to the lot. The way it worked, you line up at the gate, they opened the gates and all the cars were in the lot, you walk up to the office, the cars were numbered, and you ask them for the keys to the car of your interest. Bill and I were first at the gate; Bill ‘spied’ a yellow Ford Pinto Wagon he was interested in. I was ‘horsing’ around and not interested in another car but saw a Black 1969 Mustang Fastback sitting in the first row. I got the number and after Bill received the keys to the Pinto I got the keys to the Mustang and figured I would drive it around the lot while Bill was doing ‘his thing’ with the Pinto. They handed me the keys and I proceeded to walk around the Mustang before I take it for a ‘spin’. I had never seen a Mustang ‘trimmed’ like this one. It had gold ‘C’ stripes on the side just like a Boss 302 Mustang but instead of saying Boss 302 it said Boss 429! It had a Cougar XR7 hood scoop, gold hood and it had gold ‘sport slats’ on the rear glass. These ’slats’ had no visible hinges; the rear glass was actually drilled to mount the slats. It had standard Mustang ‘500’ wheels and Polyglass tires if memory serves me correctly. So I hop in, start it up, nice sound, and start driving it around the lot. It had a rolled and pleated ‘saddle colored’ interior, 4-speed transmission, A/C, don’t remember for sure but probably power windows After all this was ‘Bunky’ Knudsen’s Boss 429 Mustang! This was probably the first ‘on the road’ Boss 429 ‘running’ around Dearborn, it was a prototype assembled at Kar Kraft (as all Boss 429’s were), here's a cool video tour from 1969! 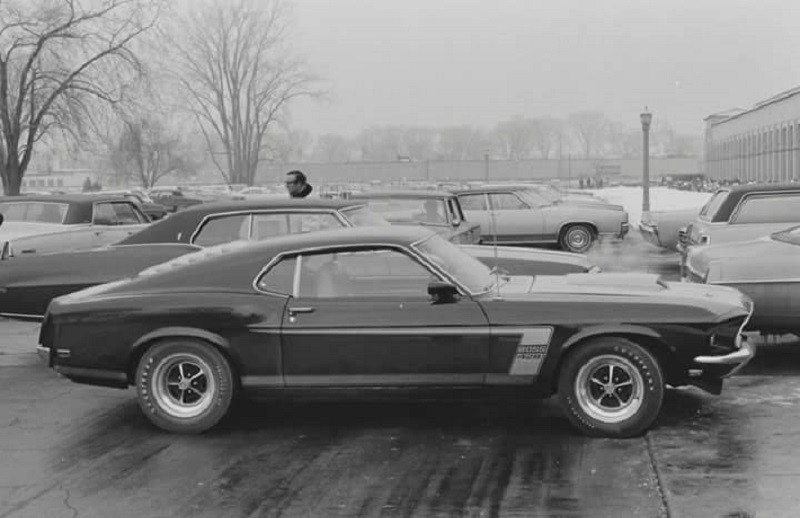 This car was designed by Larry Shinoda and you will see a striking resemblance to the 1969 Mustang Trans am racers. (Here's a cool article from Puppy Knuckles) 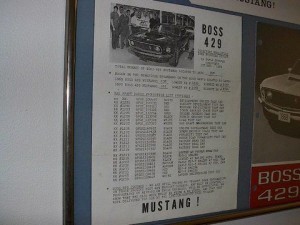 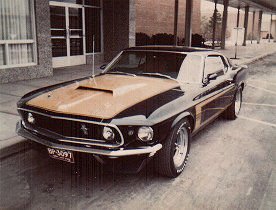 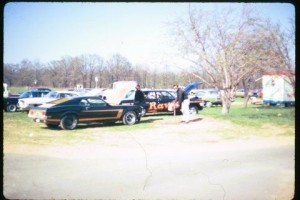 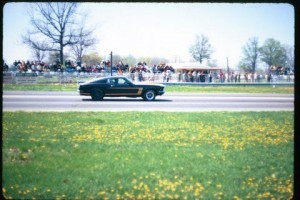 As I was returning the car to its parking slot there were three guys lined up for the keys. I decided ‘well, I guess I need to buy this ‘bad boy’, so I did! I paid $2950 for the Mustang; pricing was based on the original Mustang invoice which was listed as a 1969 Fastback 500. I still have that document with the VIN. All the work and modifications were free to me!

Needless to say I was the king of the drive-ins, a crowd always checking out my ‘ride’, especially the girls! Cruising Telegraph and Woodward always brought me a lot of attention. The Boss was fast, having the NASCAR ‘S’ engine versus the ‘detuned’ street motor, it had the modified spring towers to fit the beast of an engine, ‘boxed’ ‘A’ arms, 2 shocks at each corner. Not too long after having it I had the XR7 scoop removed and had the proper Boss 429 scoop ‘melded’ to the hood with no visible seams and with their very own ‘C’ stripes on the sides. I frequented Detroit Dragway & Milan Dragway, I would ‘run’ in ‘A’ stock with cheater slicks, it would run in the low thirteen teens. Just fast enough to lay waste to the Hemi Mopars, I could ‘pull’ them by one or two car lengths through the traps.

My Boss was KK1205; you will see it listed as Knudsen’s on the attached photos.

I was young and foolish and I made a $1000 when I sold it. Certain enthusiasts have been looking for this car, searching VIN data bases to no avail. I would like to see it again, just not at Barrett Jackson; I might just get sick when I see today’s value. I’ve had estimates between 500, 750K even 1 million! 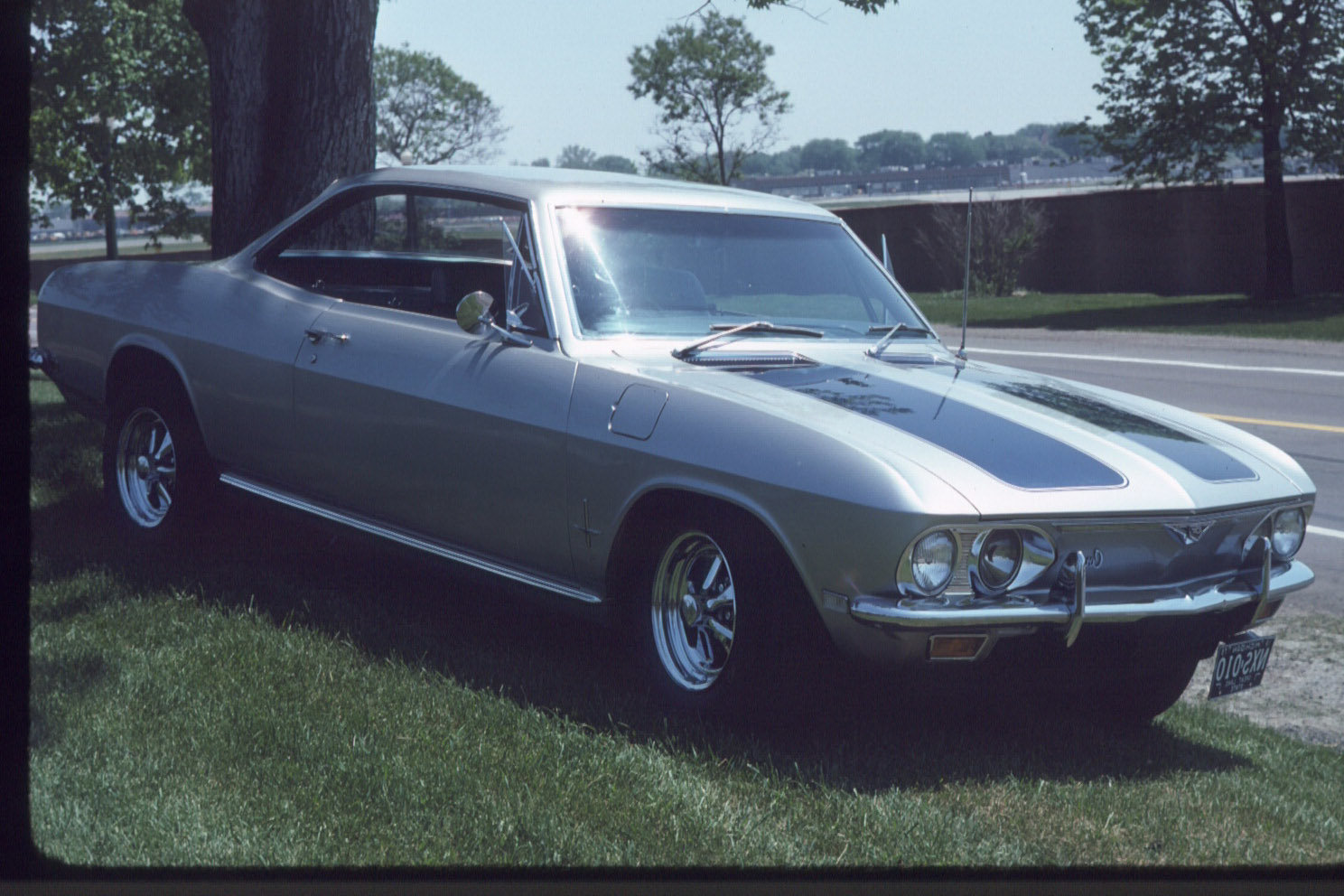 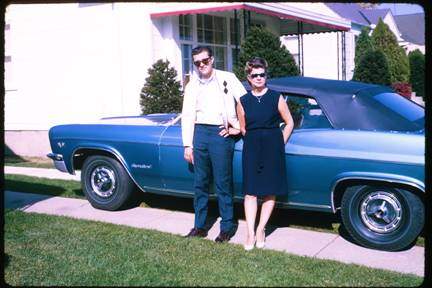