This vehicle is located in Framingham MA 01701

I am selling my 1969 Mercury Cougar XR7 428 Super Cobra Jet R code.
This is a numbers matching XR7 with the Drag Pack car. It is 1 of 53 according to the Marti Report equipped with:

428 SCJ motor with a Holley 4 barrel carb.
4 speed manual transmission with a factory 1970 Hurst shifter.
Power steering and power brakes.
Original exhaust from Ford in 69.
Currently the car has 103,200 miles on it and the odometer reads 3,2XX miles.
Car runs well and all of the important stuff works.

History:
The car was originally special ordered at Lago Lincoln Mercury in Los Gatos California by a gentleman that was coming home from serving our country during
the Vietnam War. The car lived out it’s youth in the San Hose California area. He
drove it until a carb fire in 1982 and then it sat parked until Scott from West Coast Classic Cougars purchased it in 1994. His restoration went from 1996-1998 and he had the car painted in 2000. He sold the car in 2013 to a gentleman in Alberta Canada, then I bought it in October of 2015. The car was supposed to have a binder with it that had all the documentation and history of the car in it, however when I received the car there was no binder (long story). I did however manage to get a lot of info about the car from Scott at WCCC.

He was kind enough to fill in many of the blanks for me and here they are:
Non-factory items added prior to 2013:
Power steering, was originally manual.
Rear brakes have been upgraded to 2-¼” wide. (drums and backing plates)
Restoration plans were for the addition of air conditioning. He got as far as the
under dash parts.
1970 rear defog.
1970 bolt in tinted glass.
1970 Hurst shifter with custom adapter plate mounted to 1969 top loader tail shaft.
Rear axle ratio has 3.25:1 traction lock installed. (factory was 4.30:1). Has original factory non-N, nodular case, with 31 splined axles
All leaf and coil springs are original to the car.
Fuel tank changed to 22 gallon tank, from a 1970.
Passenger side door mirror was added.

Misc:
He never installed the rocker moldings.
Rear interior sail panels with courtesy lights were not installed. The trim guy filled that section with head liner material.
Shoulder belts not reinstalled.
He had a tilt column installed.
The antenna is aftermarket, it is fully collapsible for use with a car cover.
It came with bumper guards, He didn’t like them and left them off.
Vinyl top moldings have been powder coated gloss black.

Engine was rebuilt in 1996 with the following:
OEM block bored to 0.040″.
Cylinder heads had hardened valve seats installed.
SCJ Crank is 0.010″ – 0.010″.
Original SCJ piston rods with ARP bolts.
Comp Cam 268 cam installed.
Vintage Ford FE adjustable rockers with cupped push rods.
Engine compression ratio 9:1.
The exhaust pipes and mufflers was original from 1969.
Distributor is original to the car and was rebuilt with the addition of Pertronix.
The engine was rebuilt for reliability using a 69 Holley Carb.

Since I have owned the car I have:
2016: Replace the rear bowl on the carb to a period correct one that does not leak. Had the carb professionally rebuilt, front wheel bearings & seals replaced, new spark plugs put in and the oil & filter changed.

2017: I had an adjustable clutch pedal stop installed to even out the pedals, wheels balanced and rotated, and front end alignment completed. I replaced the burned out bulbs in the instrument cluster and replaced the clock lens with a new one (old one comes with the car). I spent hours under the dash getting the heat/AC vacuum motors to work properly. The car is set up for AC except for everything under the hood, but the heat, defrost and cool air settings work fine.

Please call Joe at 617-821-7959 between 9am to 9pm eastern standard time. Don’t bother texting me, I’m old school and prefer to talk to the person I am dealing with. If you are an ad company or a finance company, please DO NOT bother to call or text me, I’ve got it covered thanks. I can provide many more photos and send you the appraisal as well if needed. Thanks, Joe B. 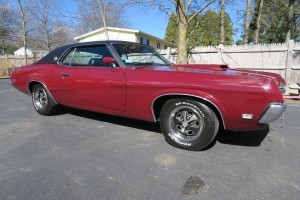 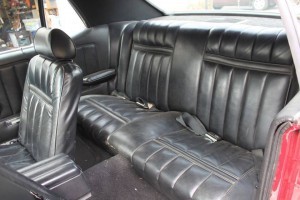 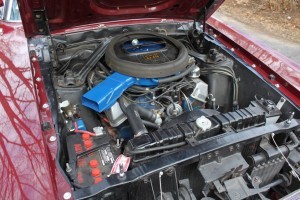 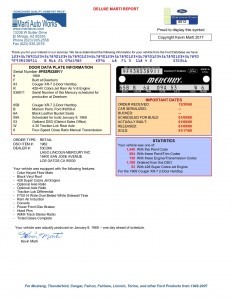