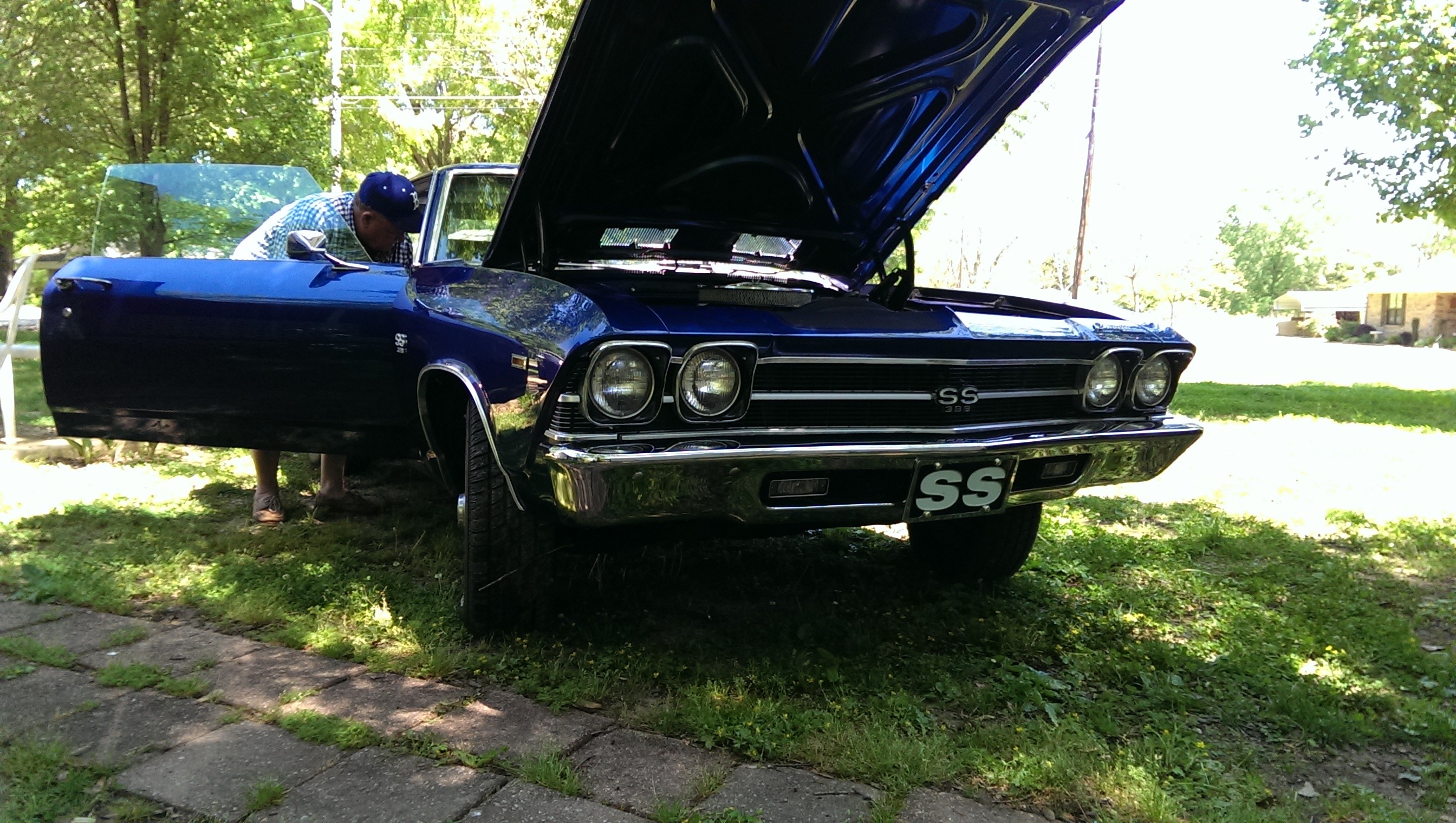 This is my neighbor's 1969 Chevy Chevelle. It originally had a 398 V8 motor but when he bought the car, it has a Chevy 350 with a turbo 350 trans. Now, speaking of when he bought it, that was in 2008. He bought it for $350. The car was rusty and was missing half the paint, none of the guages worked, the rear quarter panels were rusted out, and the interior was trashed. But it ran and was street legal, so he drove the car home.

In 2009 he decided it was time for a complete restoration. He sent the car off to have a full frame-off restoration.

Since the rear quarter panels were rusted out, they had to be fixed. No, they didn't use bondo or new panels. Instead they sawz-alled off the rusted out part and tack-welded in new steel, and grinded it down. Good as new, right? Anyways, the frame was sent off to be media blasted, and also to get powdercoated. Steel brake lines and disc brakes were installed on the frame when the body was being worked on.

Two years later, and $35,000 well spent, my neighbor finally got his Chevelle back. Below are some pictures. 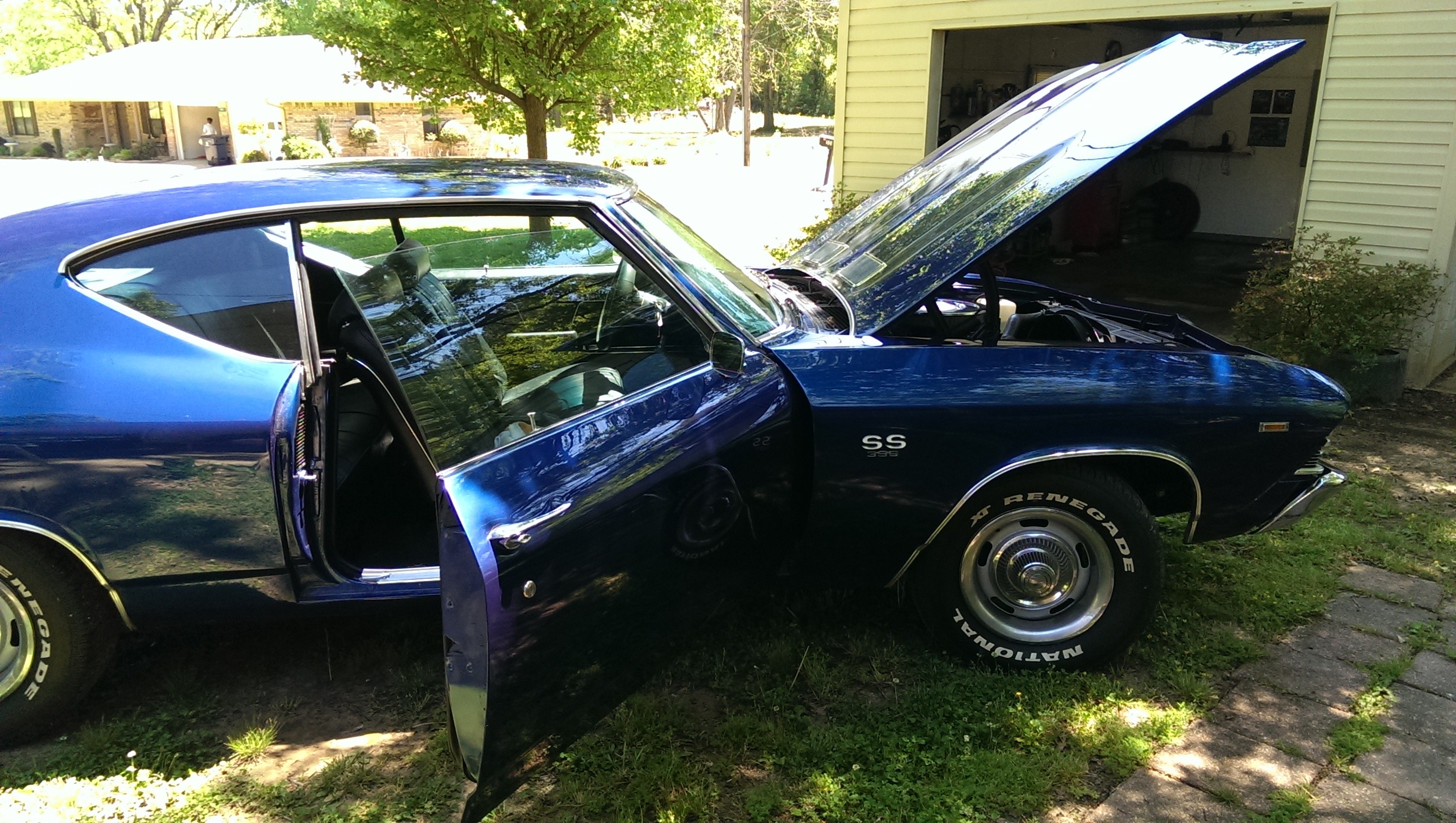 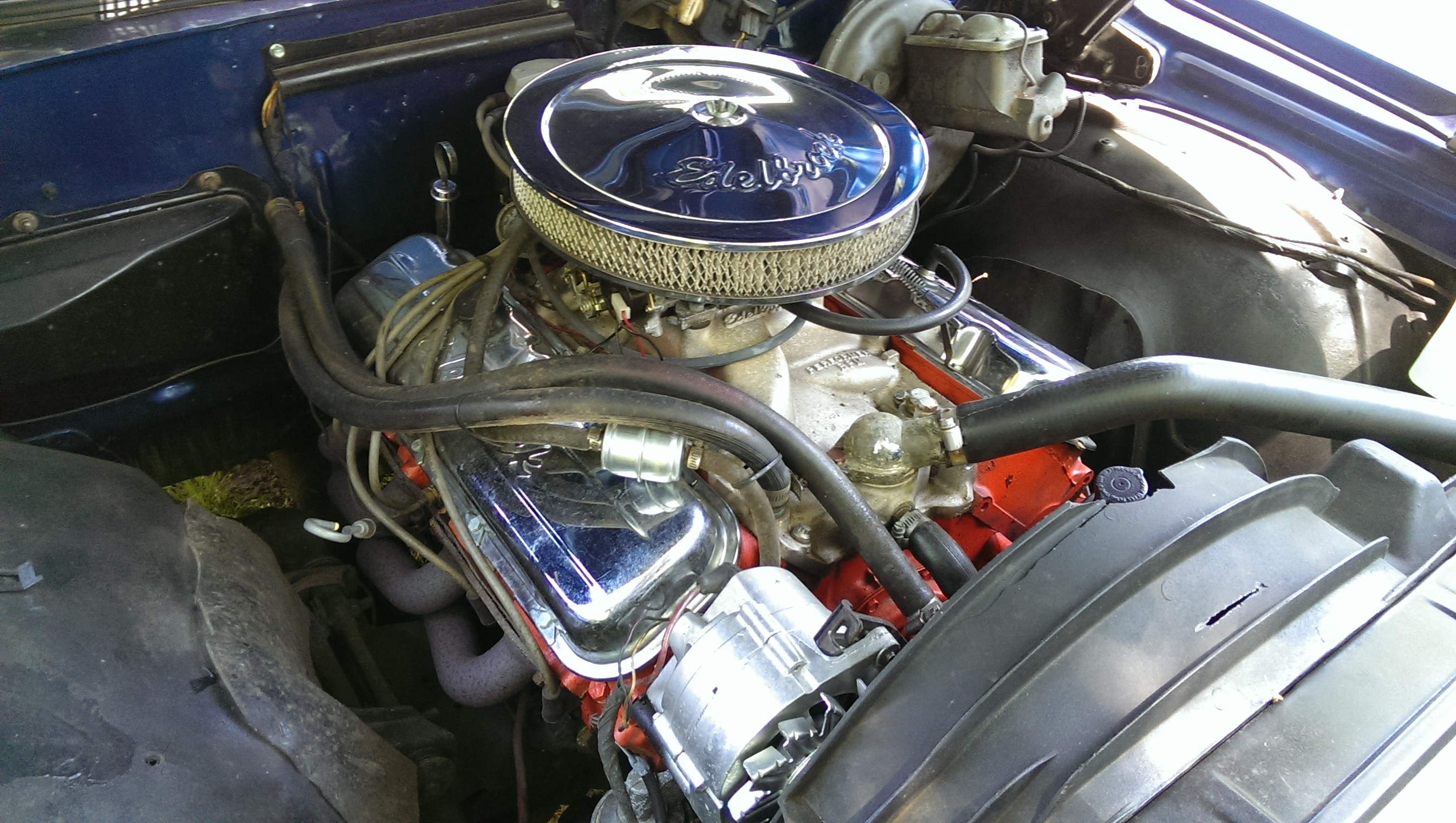 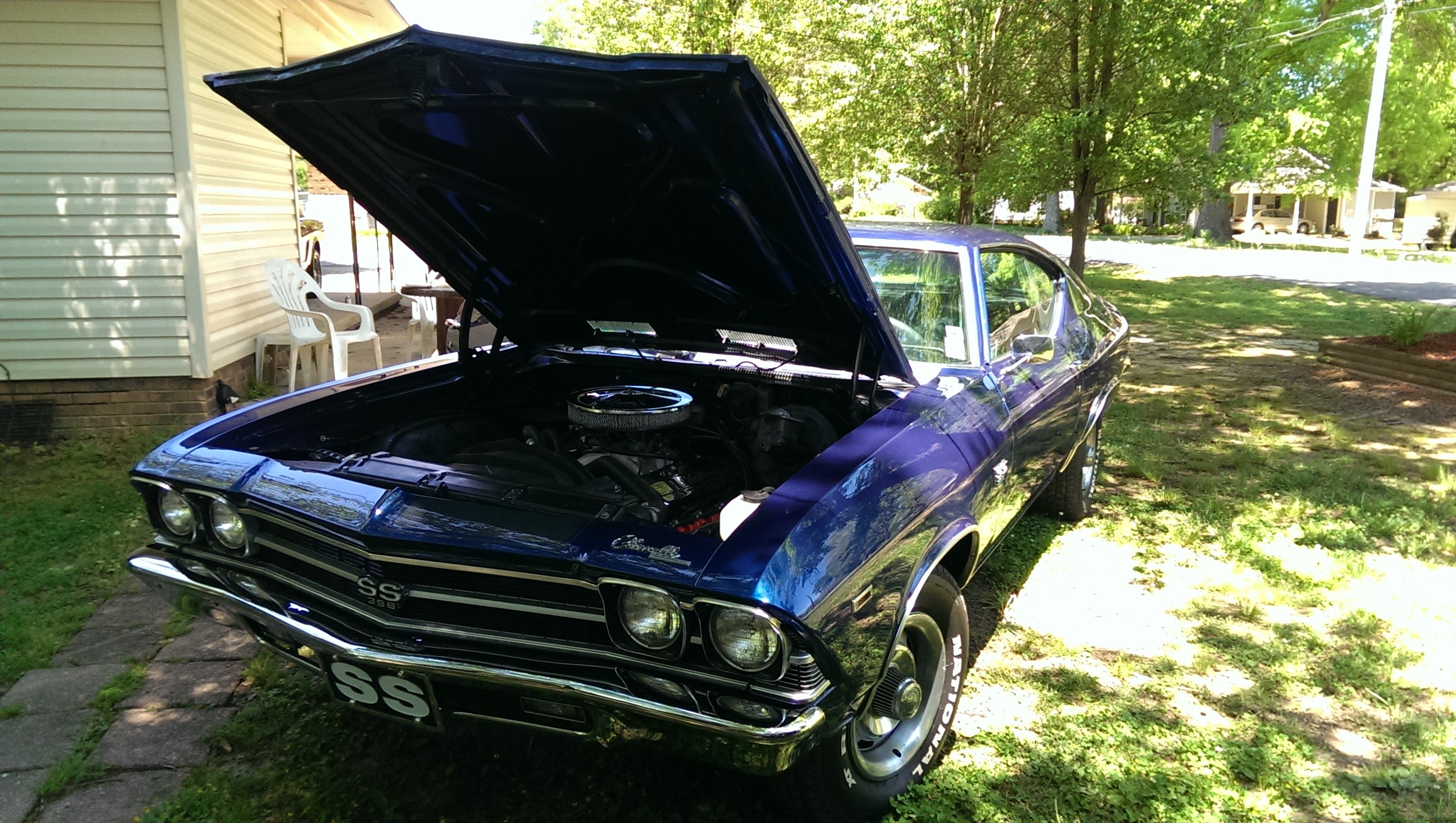 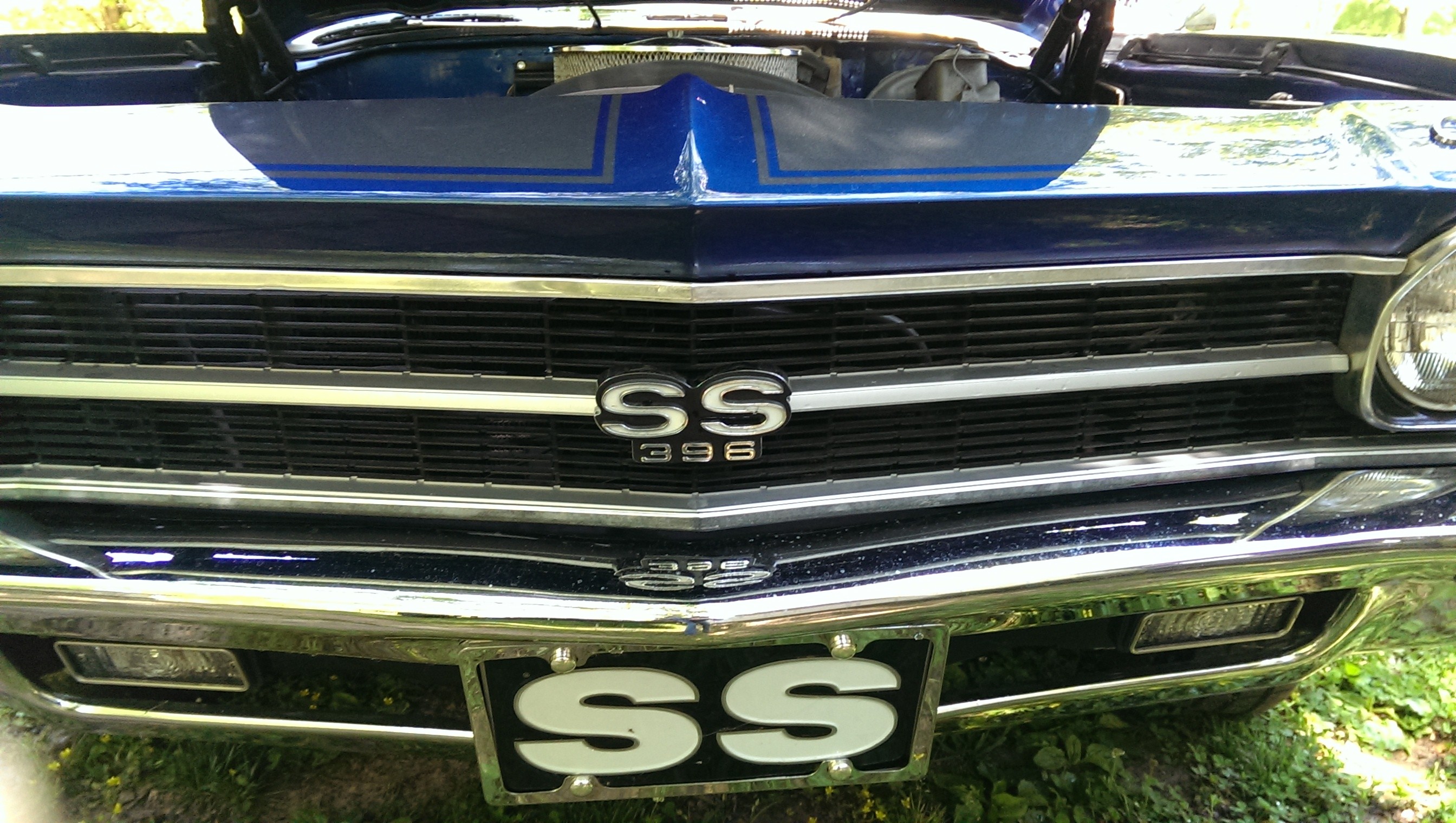 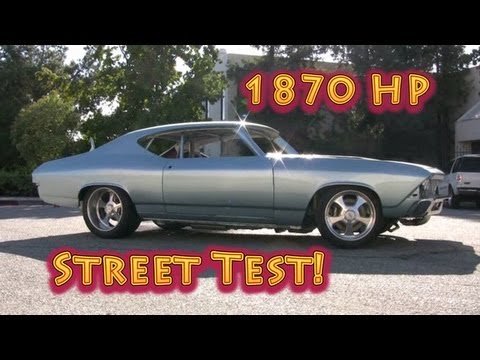 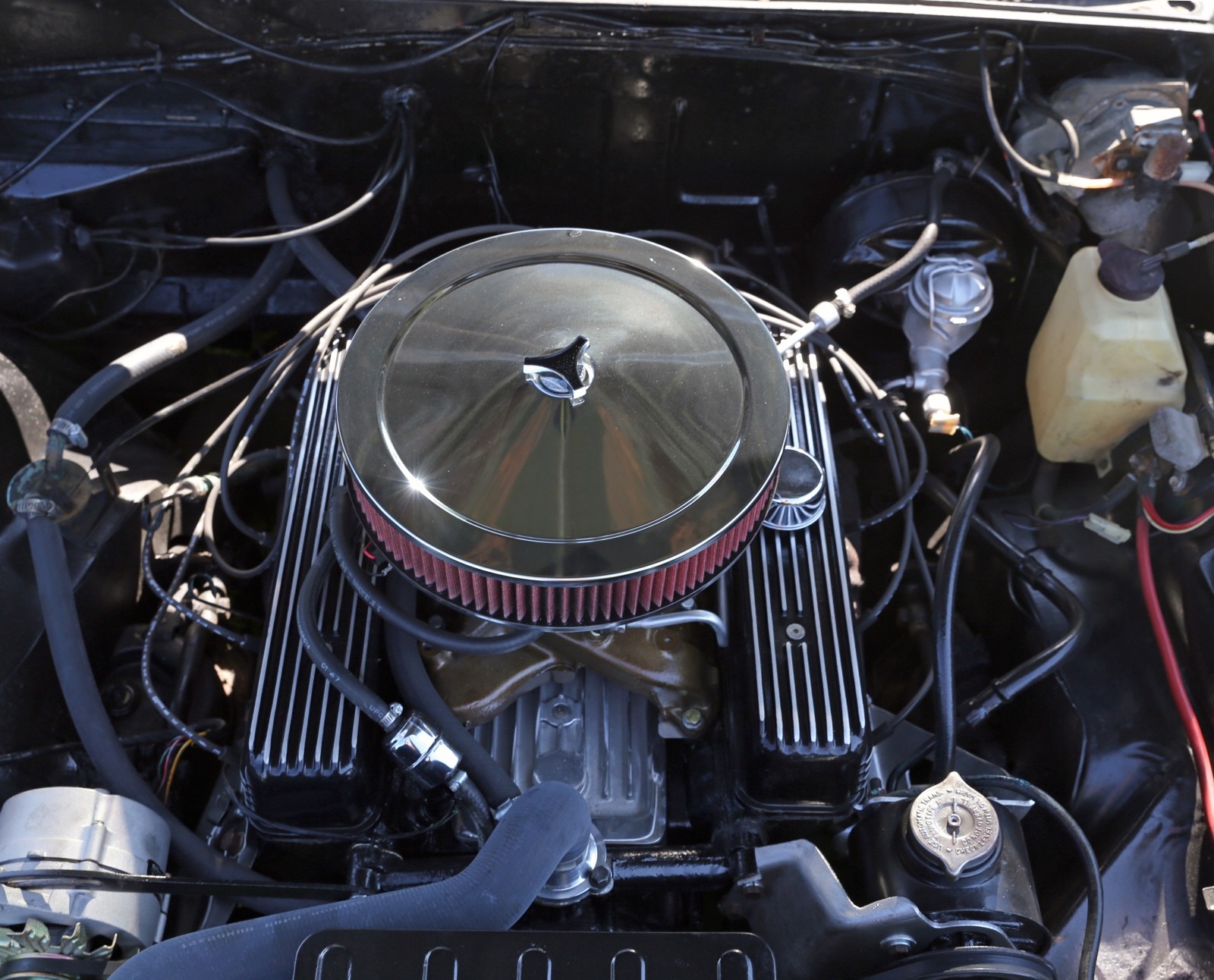