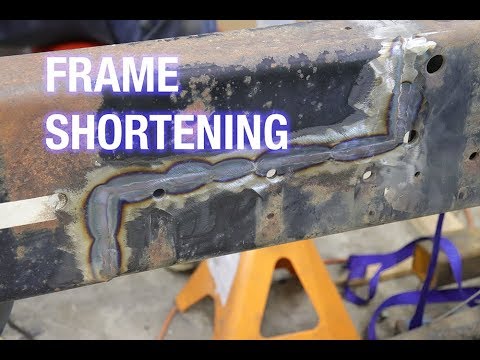 Warning: rsort() expects parameter 1 to be array, null given in /home/customer/www/classicnation.com/public_html/wp-content/plugins/oxygen/component-framework/components/classes/code-block.class.php(128) : eval()'d code on line 4

Warning: array_search() expects parameter 2 to be array, null given in /home/customer/www/classicnation.com/public_html/wp-content/plugins/oxygen/component-framework/components/classes/code-block.class.php(128) : eval()'d code on line 5

1 /
Warning: count(): Parameter must be an array or an object that implements Countable in /home/customer/www/classicnation.com/public_html/wp-content/plugins/oxygen/component-framework/components/classes/code-block.class.php(128) : eval()'d code on line 13
0

Before we jump into the specifics of what we're doing here, I'll give a brief introduction of the project (full project build thread will soon be linked here).

Current truck above and rendering of what it's going to look like below. 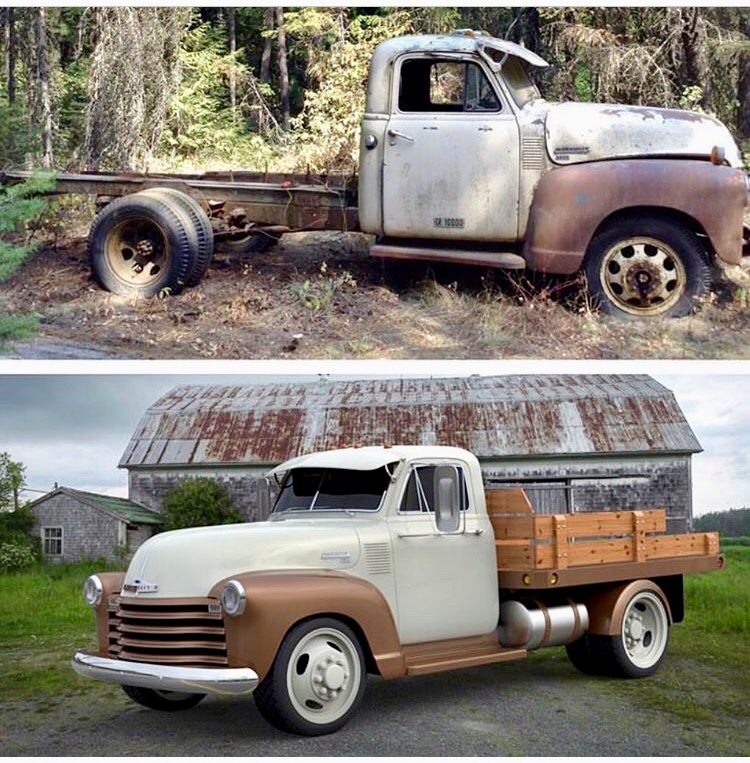 The goal is to be able to use the truck again as a truck, so we wanted to have as beefy of running as original (No s-10 chassis swap here) as we want to be able to haul and tow with this truck.

We wanted disc brakes, power steering, and a rear gear that allowed traveling at highway speeds

Cost- To accomplish the above on the original frame would be much more costly than swapping the body onto a chassis that already got us there.

Now that you know why, lets talk about what we did.

Ok, we cut the frame in half... with a saws-all.... then welded it back together. Pretty straight forward. Well, it was a bit more than that. Instead of making straight cuts, we measured, marked, and measured again, and cut out a "Z" shape so that when it went back together, it would be much stronger than just loping off the frame straight down. 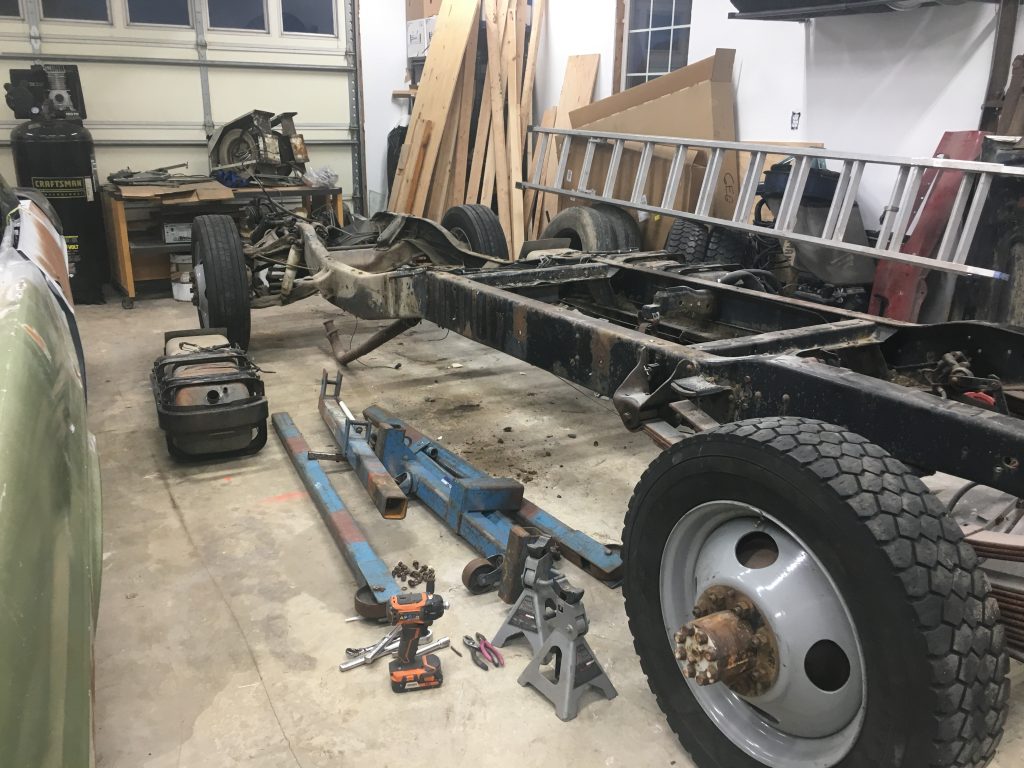 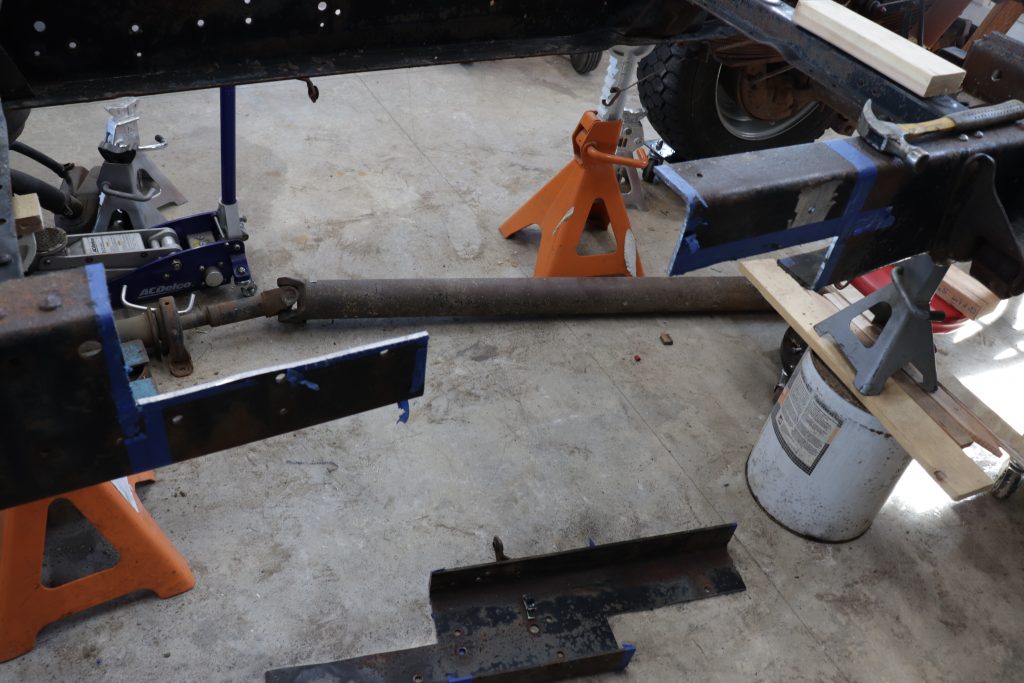 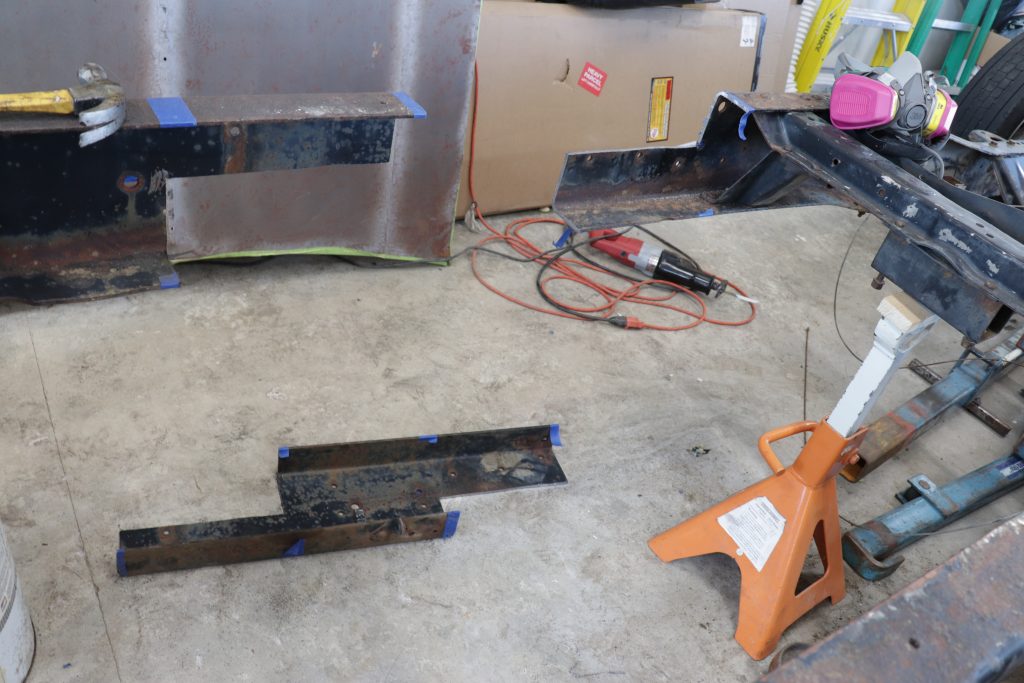 After doing this to both sides, we pushed the back half forward 23" to join back up with the front. Fingers crossed our measurements were close. 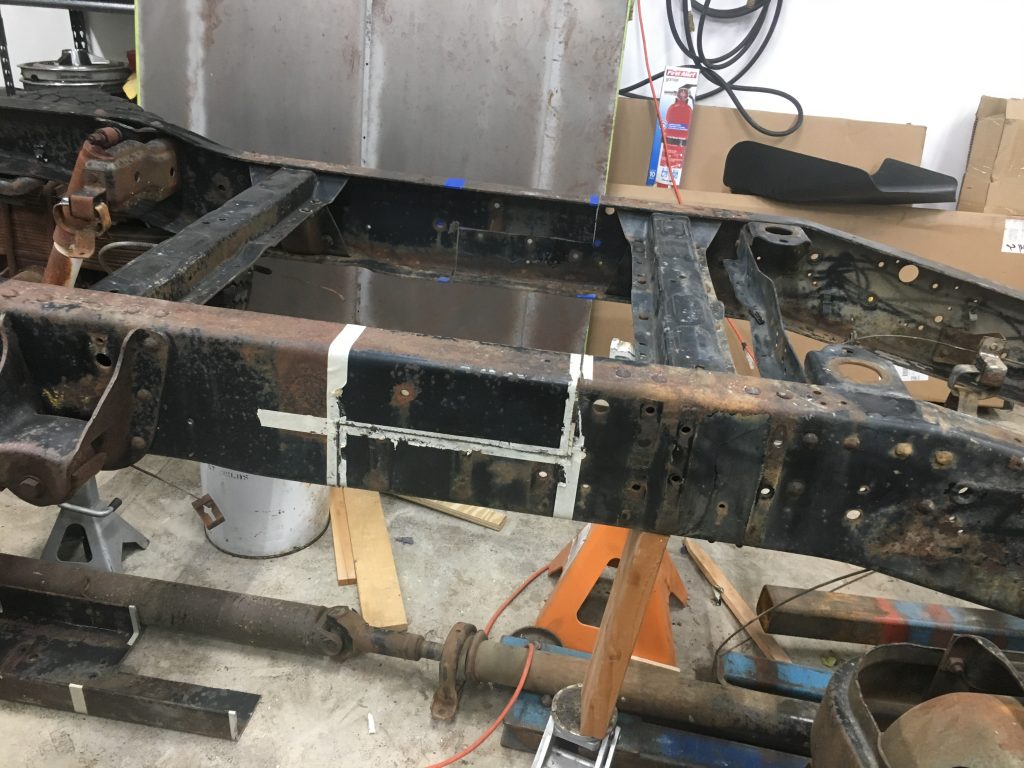 Now, to clean up the cuts, line everything up, and glue this thing back together! 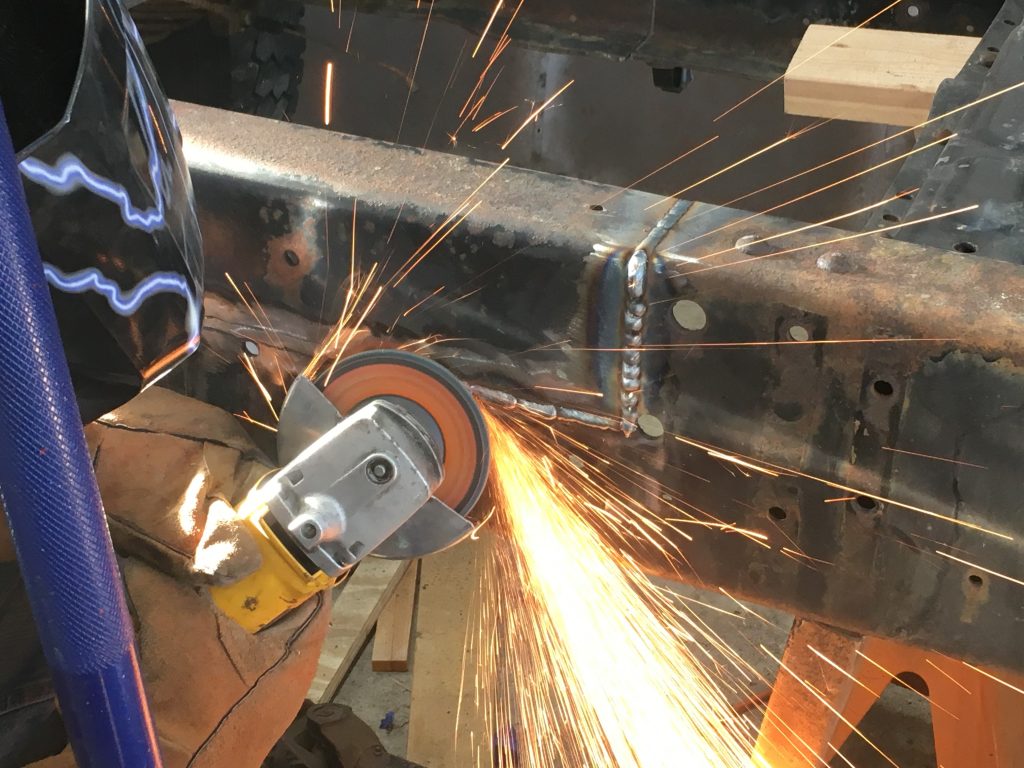 It welded up nicely. Now to grind down the welds and smooth everything out. 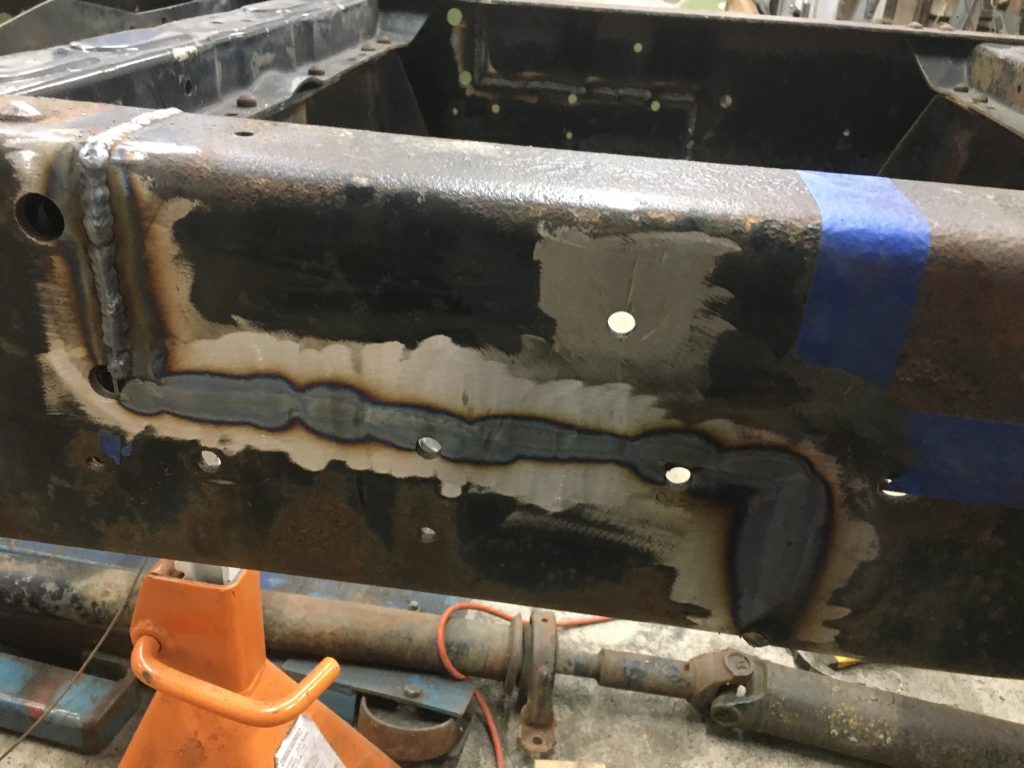 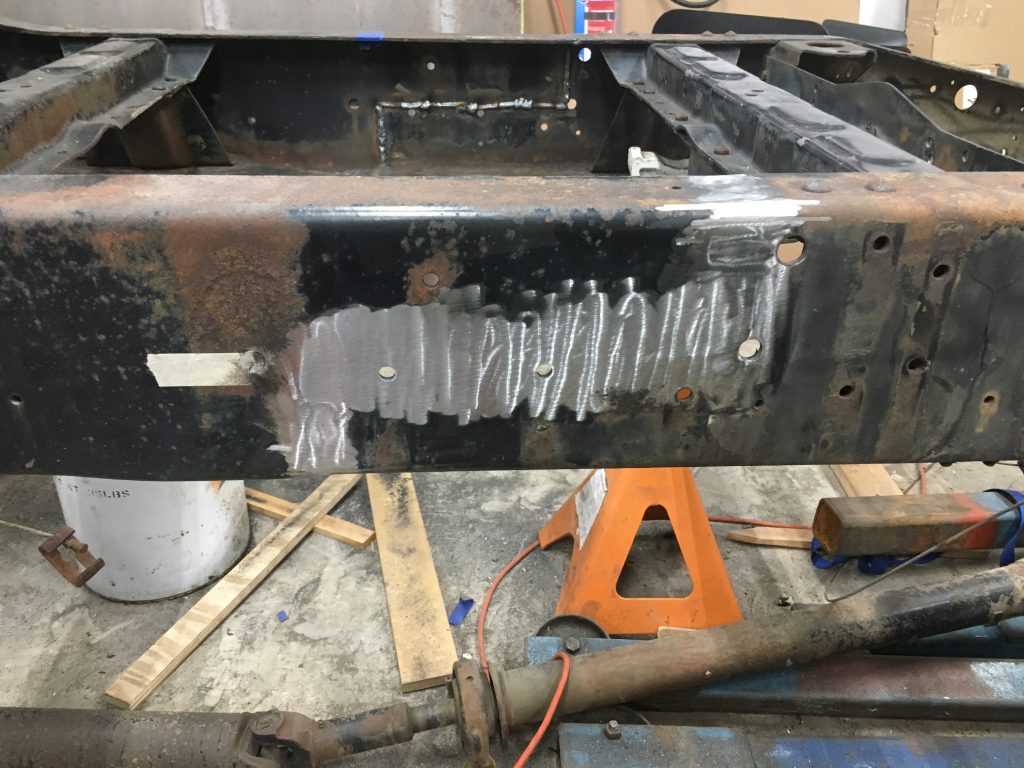 After a quick coat of paint to cover up the bare metal, you can't even tell we were in there! 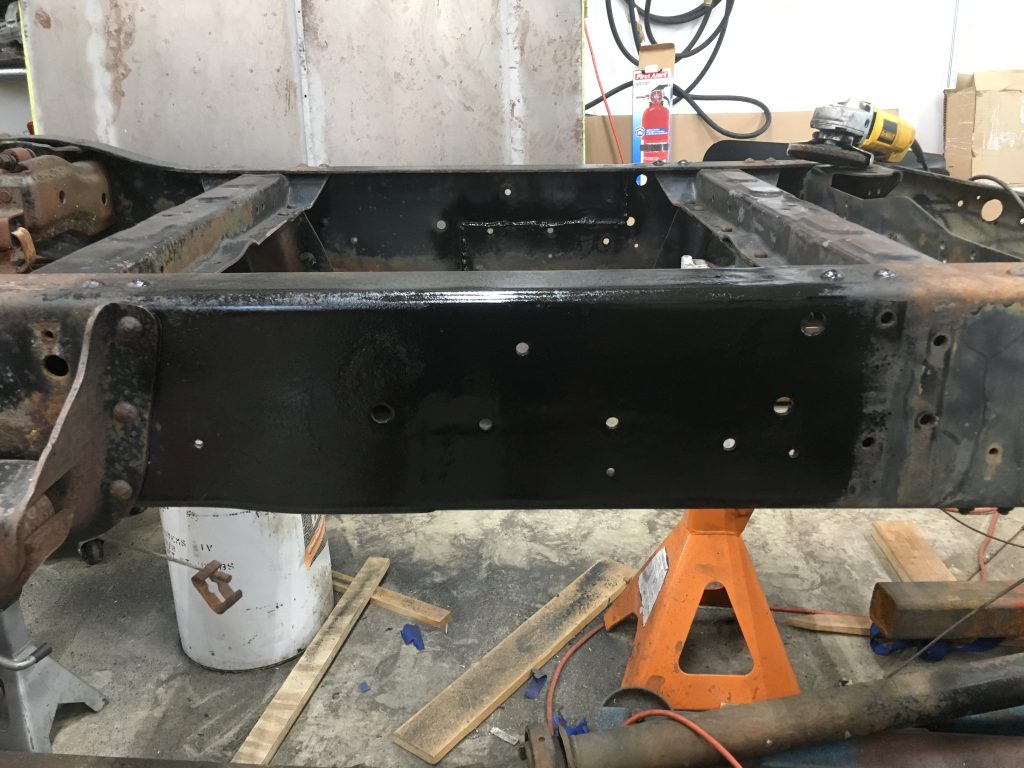 Don't worry, we'll be boxing the inside as well for some added strength, but it came out pretty nice and will be plenty strong. Because the truck will have a flatbed on the back, there wasn't any need to worry about any bed mounting locations lining up.

More to come as we fab up the body mounts and start to get the rest of it together!