John Wargo and The Custom Chop in Flanagan, Illinois built this incredible 1,000 horsepower convertible "Red One" 70 Chevelle in 4 months! While also building three other cars that appeared at SEMA 2014 - including a 1,000 horsepower 62 Corvette Roadster - which you can see at the end of this video.

It's Pro Spray Speed Red paint with some crazy flip-flop pearl stripes as an homage to the original look - but if you look closely you'll see ghost SS graphics inside the stripes. It has a Roadster Shop chassis to handle the crazy horsepower. It has Wilwood brakes, a four link suspension and it's been lowered. It has new Goodmark Sheet Metal as well as Eastwood Rust Encapsulator to cover the rusty metal that was hidden behind the quarter panels when they were replaced. An Eastwood MIG 175 was used for much of the metal fab and sheet metal installation. The interior has been re-skinned with a kit from TMI.

It has a 572 cubic inch GM crate motor with an F1 Pro Charger Supercharger and a Holly Terminator Injection System with 225 lb injectors. 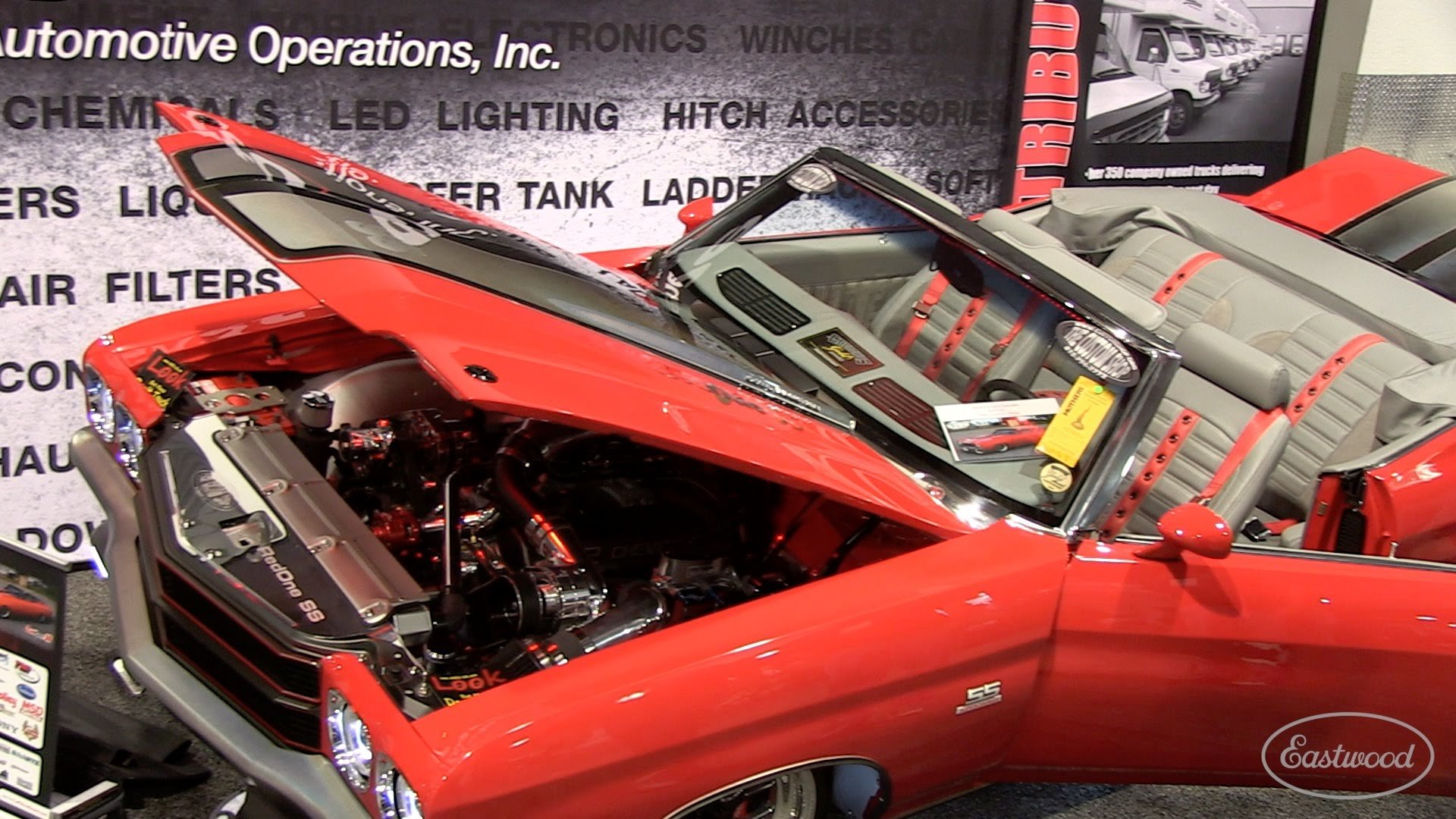